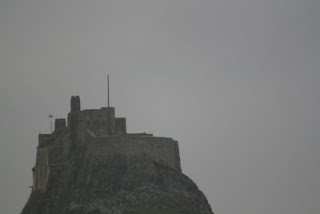 John 3v16 is about the greatest sacrifice ever made.
I met a man at a festival when I was in the prayer area. He was sobbing continuously. I went over to him and asked him what was wrong. He was weeping over Dali's picture of Jesus on the cross. He just couldn't get over that Jesus had died on the cross for him and his sins. For some years he had been betting big money on horse races. He had won enough to buy a house and lost it again-twice! His awareness of his own shortcomings before God was enormous and he had decided to follow Jesus instead of the bookies.
People who call themselves Christians should have this in common-that they know this humility before God-they know they have failed and it's a daily knowing. It means they say sorry to God, family and friends because they know they often get it wrong. This humility should be the hallmark of Christians. In our Lenten Journey Jesus is telling his disciples who he is. He is using Old Testament images to illustrate to them that he will be lifted up on a cross for the healing of the world and be crucified and killed as a sacrifice for us all. But they dont understand it. For those of us trying to follow Jesus now its an encouragement to know we have that much in common with the disciples. We too are still struggling to understand the full meaning of Jesus sacrifice for us and to enter into that humility before God.
Posted by GreenEaster at 20:12