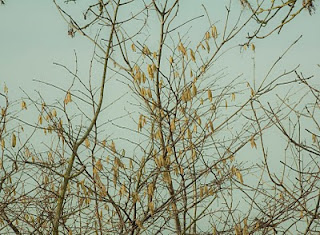 The huracaine in Haiti and Tsunami in Chili is evidence that bad things happen to good people. But some would say that these things have happened as a judgment on the people for their wrong doing "If my people who I call in my name.... Even some New Agers believe that you bring upon yourself bad things through bad karma. You attract these happenings because of your wrong attitude or action.
There are evn elemts of this understanding in the Old Testament, the most famous examples being Job or Jonah.

There was an incident in Galileans that some some people tell Jesus about. A number of Galileans were killed by Pilate while offering sacrifices at the temple. No record of the incident occurs apart from in the New Testament, so it was probably like a local police incident. Similarly eighteen people were killed by the collapse of the tower of Siloam, (like Hillsborough) In the neighborhood of Siloam, the reservoir near the southeast corner of the Jerusalem wall fed by the water supply from Gihon
Jesus basically answers that this is not thier fault but...unless we repent, turn away from doing wrong and living a godless life worse will be instore for us. Repentance in the NT. takes the sense of turning around, of turning toward God and resting on him.

So he avoids making a political comment about the abuse of power (Iraq inquiry) and instead raises a theological question about the relationship between suffering and sin. Is suffering the result of evil? Jesus says it isnt and he refutes the connection between the extent of suffering and the amount of sin in a person.
I have two fig trees in the garden, greenhouse. Both are three years old. One has borne nice brown figs and one has never fruited. As we are moving Ive thought of throwing away the duff fig tree and just keeping the good one. Its a waste of time and energy giving attention to it.

Someone had a fig tree a garden in which there are grape vines and other fruit-bearing trees and plants. It was a fruit garden. He went to look to see if there was any fruit on his fig tree. The fig tree was three years old and a fig tree can take four years before bearing fruit. So cut it down! Why should it use up good soil? There may also be a racist element here. Why should the Gentiles take up good land, why should the Palestinians have any land? So the man replied, Master, don't touch it this year", give me time to dig around it and manure it.

Jeremias calls this parable "It may be too late". Is the fruitless fig tree getting its second chance, or is it about to be chopped down? Some people think the fig tree represents Israel, but it could also represent Jerusalem? Even today Israel wobbles very precariously between righteous action and shocking discrimination against the indiginous Palestinians Arabs and Christians.  Is our God one of neverending patience or a jealous angry God? So is it that the Lord may delay judgment as he looks for repentance and its fruits, and will he give the fig tree another year? But in the end, he is saying if there is no repentance there will be judgment. Scary stuff!
Posted by GreenEaster at 17:45

Email ThisBlogThis!Share to TwitterShare to FacebookShare to Pinterest
Labels: judgement, Lent 3 2010 Dying fig trees, repentance, sorting out your life, turning away, turning from that is wrong and destructive to you and others, turning to God
Newer Post Older Post Home