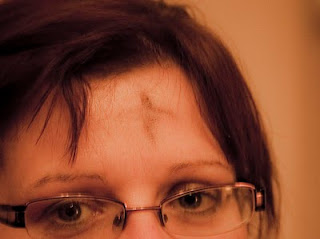 On Wednesday we went to an ashing service at a local Anglican church. During the service a cross was drawn on our foreheads in ash and we were reminded tht from dust we have come and to dust we will return. So begins Lent.

Ash Wednesday is about  repentance. Repentence in the Greek of Jesus' day doesnt just mean saying sorry, it means a change of
direction. Not just words but a change of intention.

The Old Testament prophet Amos speak of the inevitability of God's judgment on a
society that turns it's back on humility before God and tramples the poor, laying burdens on them in the form of taxes, taxes on food. Judgement will come on the rich, says the prophet, on the leaders, the powerful, who have turned away from humility to a life of materialism and comfort, who have turned away from caring, to feather their own
nests. Such times are evil says Amos. As for the wise, the godly, he tells them to follow goodness and not evil "that you may live" with echoes of Deuteronomy -"Choose life!". There's a health warning here, and a promise-if you seek good, God will be with you. If you seek justice, God will be with you.

In the well known story of the prodigal son, the father is like God. He has riches, inheritance to give and he shares it out with his sons. One chooses to live wildly-that is his choice. He is like some of us, maybe. He is like our society. Live, drink and be merry! He runs out of money and becomes a begger, scrounging the pigs food and finally he comes to his senses and returns to his father. Similarly we have been given an inheritance, our faith is an inheritance and as God's people we can squander it; our society has been given an inheritance and we can end up selling off the silver. Will we return to God as the son returned to his father?

Jesus cries from the cross "Father forgive them, for they dont know
what they are doing".

In these words there is the recognition by Jesus that what we do is inevitably short of the mark. We are always messing things up. We can all look back and realize our failings. We are all capable of
crucifying Jesus in our own way, just as we are all capable of recreating an Auschwitz.

And so we say sorry. Not just for the big mistakes, the mistakes we inherit as part of a flawed humanity but also for our individual failings; for our capacity to treat others whoever they maybe as less than ourselves. We create in this way fragmentation, an unloving, competitive people who neither care for one another or their neighbours. We may excuse our behaviour but God does not. And we cant help it!

And we accept that in some way that we may not fully understand Christ has made an atonement for us and we can be at peace. Forgiven. Whatever we have done. We can make a new beginning, a returning, like a lost wayward child, to make amends, like the prodigal son, to make our peace with God, the God whose mantle covers us all and who we worship ....fitfully. 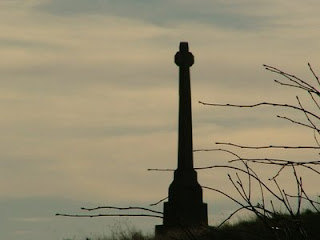