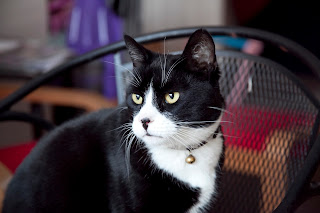 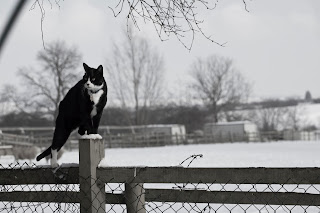 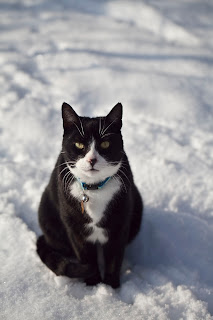 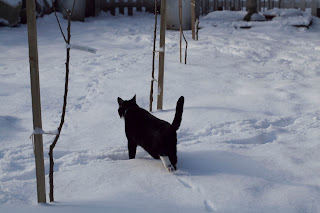 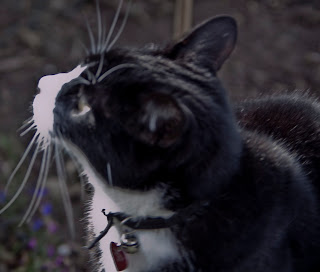 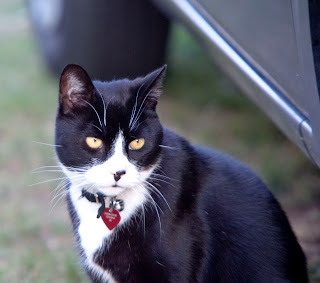 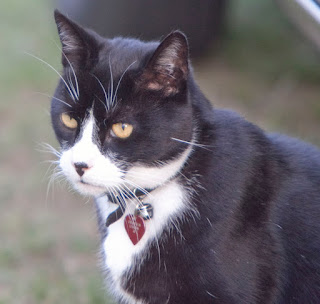 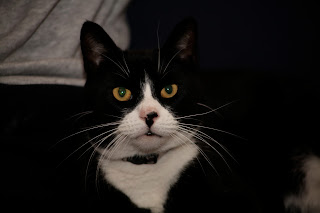 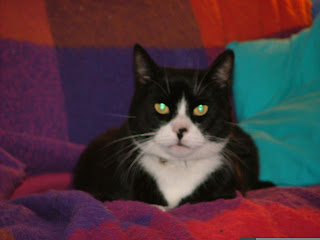 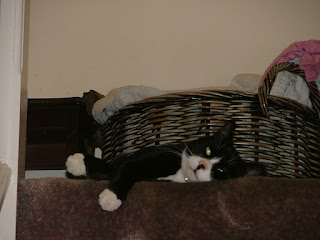 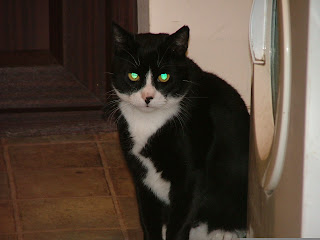 Sadly our cat Jess who would have been 11 years old in May was run over in the A508 yesterday morning. Why the cats choose to go down on the road instead of in the fields is beyond me.
Jess was the runt of a half ferral liason in a shed in Weoley Castle Birmingham. He was always a strange cat and even as a kitten would charge at you unexpectedly. He would lie on my shoulders when I was on the phone and I was for ever climbing up trees or sending Chris to get him. One Saturday morning when we were living at Princethorpe Rd the kids told me he was in the tree of a house at the end of the garden. Chris and I went round and a girl came round. I asked her to get a parent but they were otherwise occupied so we went into their garden with a chair and got up the tree and got him down. This climbing continued until a few days ago when he was on the conservatory roof waiting to jump through the bedroom window. He went through a bad patch when we moved to Bramble Close and was very grumpy and scratched and bit us. This went on for some time and even though we warned people one person insisted he was lovely and he proceeded to pierce her nipple with his claw!!! I watched the dog whisperer on telly and decided he was lacking his own space so we gave him my chair in the spare bedroom with a cushion and made sure the door was always open. He cheered up a bit. But it was when we moved here that he really changed. He was very happy in the fields and went out for hours stalking mice in the field behind our house. In the winter however he would only go out at night and that is how he somehow missed we had got hens in the garden until he met one last February face to face. I became very fond of him. When we had a canal boat he came with us and hid under the bunk beds when we were moving but then went having romantic encounters when we moored up. One day we got back home to find he was missing. We went back by car to our last mooring place and he was on a wall waiting for us. A true boat cat. We used to take him on holiday and he loved coming to the caravan and chased the rabbits under the van.
I miss him dreadfully and I regret bitterly that we live on such a dangerous road and I wouldnt encourage anyone to let a cat out near such a main road.
Posted by GreenEaster at 20:30