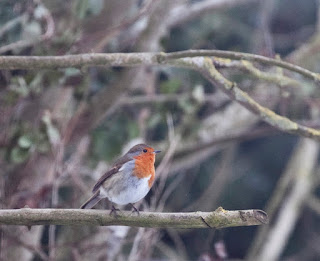 As a true child of the 60’s I hate the word discipline but Lent is about this is about self-discipline. In a few weeks we begin the period of time known traditionally as Lent. It is named after the Anglo Saxon word, Lenten meaning the lengthening of days. In the first three centuries of the church a few days were set aside for strict fasting. By the 4th century this preparation time had developed to 40 days, like the 40 years of the Exodus that the people of Israel spent lost in the
desert, like the 40 days of fasting of Moses, Elijah and Jesus. 40
days is a long time to go without food and drink. It's really the
maximum a body could stand.

Lent has traditionally been seen as a time of personal meditation, a
cleansing of the soul and also a time of preparation for those
receiving baptism on Easter Sunday. It begins with a time of
penitence, of saying sorry, on Ash Wednesday.

In the Roman Catholic Church fasting is still practiced on Ash
Wednesday and on Good Friday. In the Eastern Orthodox Church not
eating eggs, meat and fish is still common throughout Lent, which is
why painted eggs are given out on Easter Sunday.

The colour representing Lent is purple and unbleached fabric and in
some churches there are no flowers during Lent and all the crosses are all covered.

There comes a point in our lives where we have to leave behind what is comfortable and yet that which has become slavery for us, it maybe a job, a lifestyle, a way of viewing life or church or our faith.
Whatever it maybe, we choose to move on or stagnate.

There are spiritual disciplines that can help us. Silence, prayer,
reading the scriptures, fasting... and if we are to move on in our
lives these moments of risktaking attendant with danger are inevitable
and the only way forward.

The Christian journey requires that we take risks otherwise we stop
growing as people of faith. We may move away from being respectable and risks are taken with no guarantee of success otherwise they would not require faith, they wouldn’t be risks.

Our Muslim friends have celebrate Ramadan with a month of disciplined fasting from dawn to dusk. What about us?
How are we going to give this Lent to God, to allow the Spirit of
Christ to work something new in us, to learn more about our faith, to
seek God in prayer about our life together as a church, a community of God's people? The number 40 represents a change; we have 40 days to reflect and maybe to enact change, with God's help.

There are books that can help us on that journey. There are organized times of prayer and reflection. The choice is ours.

We may choose to go into a desert or we may be driven there like the
Israelites. We may already be in that desert, or on the edge of it. It may help us to be with others or to be alone. Whatever you do or dont do this Lent, do it consciously.

After Jesus announcement in his home synagogue that the scriptures have been fulfilled, the people respond.  This is the introduction to all that follows in the gospels.

Initially people are filled with awe. People were amazed at him and the link he makes with the verses in Isaiah, but then the mood changes from nice to nasty. ‘Isn’t this Joseph’s son?’ In other words who does he think he is, making assertions about fulfillment of prophesy! Its blasphemy!
Jesus has been ministering in Capernaum but now he is back home and he was unable to do any miracles. Prophets are not accepted in their homeland.

Where is your homeland?

There were many widows in need in Israel, but Elijah was sent to the widow in Zarephath in Sidon, foreign territory, and similarly Elisha brought a cure to none of the lepers except Naaman, the Syrian. In the gospel Jesus shows how, after initial positive responses, the crowds turned against Jesus because he went outside of the respected in Israel and reached out to the sinners, tax collectors, prostitutes and outcasts, people on the edge of religious, respectable society. His actions caused anger and hatred and led to Jesus’ execution, alluded to in this passage by the attempt to stone him (throwing people over a precipice and then dropping large rocks on them). Have you ever been rejected at home because of who you are?

Who are the unacceptable where you are?

People become possessive about truth and knowledge. When their knowledge or power is threatened, they often become aggressive. This can refuse to face the truth or anything different. There is a great deal of angry reaction today in Britain to change, to outsiders.

Jesus’s message is about an inclusive mission: if you engage in living a life of compassion that is inclusive and without prejudice against the despised and feared, you will be living the life of the Spirit-and you will be courting danger. The mission and message of Jesus according to Luke are about undermining the dehumanising categories wherever they have been applied (usually to people seen as threats like Muslims, Romanians, Bulgarians). This is not about denying danger where it exists, but it is about living out the freedom that love brings so that people never lose their value, are never written off. This is the good news whoever you are wherever you have come from and whatever labels have been put on you.
Who are the unacceptable where you are?
Posted by GreenEaster at 18:18