The first day of the week extended from 6pm on Saturday to 6pm on
Sunday which approximates closely to the Jewish first day of the week
today. The scene in John's gospel is set when it was still dark, just before dawn. Probably 4 women attended the tomb. John focuses on Mary. Nicodemus has already performed the burial rite of anointing. Early in the morning would mean between 3 and 6 am and t would still be dark
Mary runs to Peter to tell them they have taken the body and we don't know where they have buried him.
Peter is joined by John and, with Mary, they were go to the tomb.
John ran on ahead. The tomb was built into the ground with a low door so that the disciple had to bend down, and then look down into it.
He sees lying there, not strewn around, strips of linen, shroud-like sheets, the linen grave-cloths.
Peter was behind him, went into the tomb and saw what John had seen.
The burial cloth - The sudarium (Latin) is a small towel for personal use, used to wipe the face. The sudarium was not lying with the linen sheets but was folded up beside the linen. (note the details)
He saw and believed because of what Jesus of said.
They still did not understand the prophecies from the scriptures.
Mary stayed crying outside. It was bad enough that he had died and in such a manner. But now his body had gone. Later on Mary announced to the disciples. "I have seen the Lord!"
This story is so well known, so powerful, that we forget its dilemmas.
For many today it is a pleasant story and nothing else.
For others it is a story constructed retrospectively to explain the
death of Christ.
For others still it portrays as accurately as possible eyewitness accounts of some very strange events including angels and a man who is risen from the dead and very soon after disappears.
There remains the problem of the body....if he just died where was the
body? In close knit communities bodies just don't disappear.
And there is the problem of history....the story has been powerful
enough to inspire belief for nearly two thousand years.
To accept that life is a mystery, to believe in  God in any way is to
entertain resurrection. Life is an open situation like the empty tomb, with potential, charged with possibility. Not linear. This is what the
Christian life is like. It is full of possibility of resurrection...
But only if we allow it to be so.
The empty tomb gives us no neat answers. It left the disciples with a
Giant question mark. Soon after they were confronted with the
disturbing reality of a risen Jesus before them with a gaping hole in
his side, a ghost that ate fish. Can you imagine how they must have
felt! No wonder Thomas wants to put his head in his hands and say "I
don't believe it."
We do not have their experience. We have their story and our own
experiences. We can walk a tight rope between talking jibberish and
acknowledging what is true for us concerning the resurrection.
We know enough to just keep us going...enough to believe the story.
God has the potential to appear at any time, unannounced. 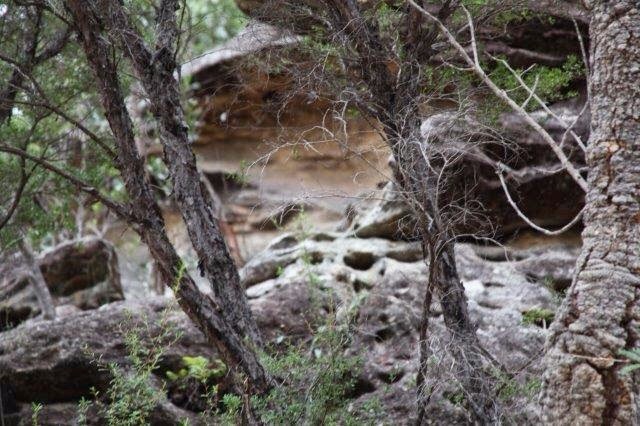