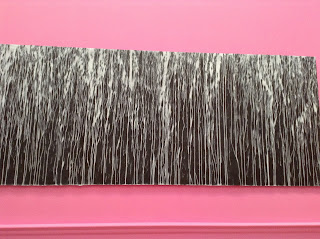 Bread is the stuff of Life. In the Hunger Games bread is very important as a theme that runs through the trilogy.

Each District had its own bread. The Capitols bread was refined and made from white flour like much bread now but during the I and II World Wars the bread here was made from wholegrain and was darker and healthier.

Panem is Latin for bread. It is used in the famous Roman political phrase panem et circenses, or "bread and circuses." The people of the Capitol were involved in a game of  "bread and circuses" hence the name the Hunger Games. Peeta is a baker like his father and it sounds like pita, a type of bread.

Barbara Glasson wrote an interesting book called “I am somewhere else”. Much of the book is about this passage and the church as a place that gives bread to the hungry, literally.

Bread making is done throughout the world as it’s a staple food.
Bethlehem of course means the house of bread. It is from the house of bread we get spiritual bread for the world. I am deeply shocked that our society is so divided that we have rich people with no financial worries with expensive cars and lifestyles, nestling near to people who have no money and depend on food banks and soup kitchens often at churches. I have never seen such division in my society in my lifetime.

When we break Bread we break the One loaf and we then reassemble it as we eat together, and so we collectively become Christs body again, his people, his gathering, his church and its our task to feed on him and so to feed the world around us. You cant do one without the other. It’s a symbiosis.

This is grace, This is Gods gift to us.
Posted by GreenEaster at 14:01