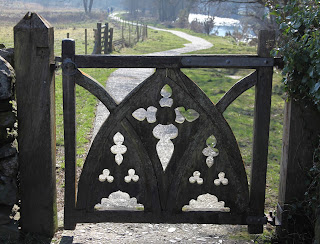 Jesus is all of these, which is why being a Christian is so rich because you are tapping into tapping into a rich seam of deep wisdom.

Jesus is preparing the disciples for his death on the cross and after that. He predicts his crucifixion and resurrection and then Peter takes him aside to protest and Jesus tells him off with strong language! So Jesus explains what discipleship is really about.

He tells them he is going to be given over to wicked men, this servant of God, and they will kill him, execute him. And when he is killed, after three days he will rise. The disciples don’t understand it!

Jesus called out, he shouted. It is probably used to emphasize what Jesus is about to say "If he wants to be first he must be last”  (cross bearing discipleship).

In Matthew the context is the sending out of the 12 disciples to do Jesus' work of teaching, healing, baptising, changing the world. He has warned of the dangers of discipleship, now he describes what it means to be a disciple, a follower of Jesus. It centres on the cross and cross bearing. This is gritty, costly, not fluffy discipleship.

He is transferring power to his disciples. Discipleship is self denying. "Whoever declares themselves for me" is an Aramaic construction and almost legal in context as in a courtroom. It is in stark contrast to Peter's deniel later in the gospels. There will be trouble and division because following Jesus will attract it. Doing what is right, speaking up for the truth will cause trouble even in families, where obedience and loyalty were sacred as in many cultures today. In fact the most trouble will come from the family! Family is very important but it is not more important than following God and doing what is right. "Whoever doesnt take up his cross"- rather a pole, fixed to another horizontal pole. This is what law breakers did at that time, they carried their pole/cross to their place of execution. Following Jesus is like that! It could be terminal! And someone who looks after themselves and their own is not a disciple of Jesus who has had to take up their cross and lost a great deal in the process. But in losing we gain-peace? sleep at night? friends? changing the world we live in? We gain our soul/life.(Jung substitutes soul for life which is the same in German.)

So Jesus has predicted his death and resurrection and rebuked Peter. Jesus is speaking about cross-bearing discipleship. The disciples must be ready to face martyrdom. The suffering messiah means also a suffering messianic community. In its original context to 'take up his cross' meant only one thing, to die with Jesus in Jerusalem. Jesus' call is a call for commitment to Christ, not just to the disciples, but to "the crowd". It and he were an embarrassment.

A suffering messiah is not an easy idea for the disciples to come to grips with. Rejected, to be killed and after three days, (like Jonah in the big fish) to rise.
Whoever makes the decision to follow Jesus,  will save their life.

The cross is the definitive symbol of Christianity. As early as the 50's of the first century, Paul (writing in 1 Corinthians) could simply use "the cross" as a recognised symbol of a much larger set of ideas and beliefs.
So what does the call to discipleship, to follow Jesus, mean today for the ordinary person? What did Jesus mean to say to us? Drawing on the Sermon on the Mount, Dietrich Bonhoeffer answers this questions by differentiating between "cheap grace" and "costly grace." "Cheap grace," Bonhoeffer wrote, "is the grace we bestow on ourselves...grace without discipleship....Costly grace is costly because it costs a person their life, and it is grace because it gives us the only true life." However for us today counting the cost may mean simply being loving, honest, compassionate, forgiving. That's costly enough in today’s society.