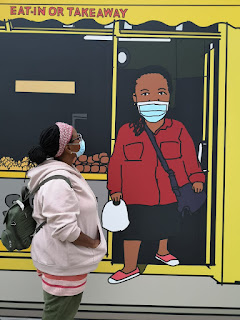 Song “There is an everlasting kindness”

Song “The Lord is my salvation”

Song “The power of the cross”

Song “Great is thy faithfulness”

Song “Lord I lift your name on high”

23 Jesus entered the temple courts, and, while he was teaching, the chief priests and the elders of the people came to him. “By what authority are you doing these things?” they asked. “And who gave you this authority?”24 Jesus replied, “I will also ask you one question. If you answer me, I will tell you by what authority I am doing these things. 25 John’s baptism—where did it come from? Was it from heaven, or of human origin?” They discussed it among themselves and said, “If we say, ‘From heaven,’ he will ask, ‘Then why didn’t you believe him?’26 But if we say, ‘Of human origin’—we are afraid of the people, for they all hold that John was a prophet.”27 So they answered Jesus, “We don’t know.” Then he said, “Neither will I tell you by what authority I am doing these things.

28 “What do you think? There was a man who had two sons. He went to the first and said, ‘Son, go and work today in the vineyard.’ 29 “‘I will not,’ he answered, but later he changed his mind and went. 30 “Then the father went to the other son and said the same thing. He answered, ‘I will, sir,’ but he did not go.31 “Which of the two did what his father wanted?” “The first,” they answered.

Jesus had gone into the temple and was teaching and his authority as a religious teacher was questioned by the religious authorities. The chief priests led the temple services and were members of the Sanhedrin.

In return, Jesus asks them a trick question, showing how shrewd he was in understanding the political expediencies at the time and how they mitigated against truth telling as they do today. By what authority did John perform his baptism? The religious leaders are unwilling to answer due to the issue's political sensitivity and they get heated with one another because they have been caught out! He has exposed the game!

Jesus says if you answer me, I'll answer you! The religious authorities supported Herod and Pilate. They were as slippery as snakes! The people thought John was a prophet even though they saw him as mad. They couldn't answer him because they had no theology just political alliances! Political expediency is nothing new. Most of the Church supported Nazi Germany. Many Christians support Trump.

Jesus then uses a parable to illustrate his teaching. In the parable the father is God and the sons, the religious and non-religious.  Unlike kingdom parables, teaching parables serve to illustrate a truth. The parable of the two sons illustrates the difference between saying and doing. The Pharisees had a real problem with this. They claimed to be moral and upright, tithing their herbs, mint and cumin, but were hypocrites.

"What do you think?" introduces the parable. The parable of the two sons underlines what is right and not merely talking about it. Walking the walk not just talking the talk. Jesus says that so called sinners tax collectors and prostitutes, nice gender balance there, living sinful lives, choose to do what is right, but the so called moral authorities, the righteous or self-righteous, just talk the talk.

But the lost, the common, the unclean, like tax collectors and prostitutes, and outcasts are included in the kingdom!  They were thousands of religious outcasts in Israel at the time, excluded from its social and religious life. Just like in the world today!

Jesus however discriminates in favour of the poor! What a message for our governments!  Option for the Poor. Positive discrimination! This is rooted in Old Testament theology, but not in twenty first century consumer capitalism!

Let us remember to walk the walk as well as talking the talk!

Song “You raise me up”