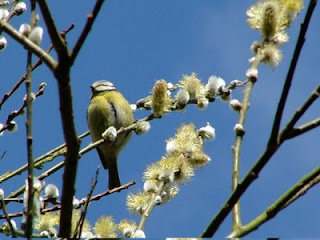 Fred Pearce a British environmental journalist who wrote a book entitled "When the rivers run dry", says that because we waste water when we are irrigating our crops we are running out of water, most of which comes from underground reserves and so we will also lose the ability to grow our own food and be net importers of food and water as will occur to India and China soon.
Last year my curcubits (courgettes and the like) suffered from the damp weather and I lost most of them. This year I am having to watch that they dont dry out. Im lucky I dont depend on the vagaries of the weather like the first century subsistence peasant farmer in our story. He sowed everywhere, even on paths, had no irrigation methods and relied on the weather for his yields and his supper. This farmer in the story however had fantastic yields though he did nothing special. At that point the reapers we are told will come in, reaping the good harvest-maybe the same for us in some way. Life has an endpoint, maybe even a reckoning for all that is wrong and unjust.

Kingdom parables like these were designed for people with ears that do not hear. They serve to draw out the true seeker, while confusing the rest. They usually begin with the phrase "the kingdom of God / heaven is like....." They are similar to an Old Testament riddle, a told an environment of sceptism. The kingdom of God references the messiah's establishment of the reign of God over Israel, in defiance of all secular powers.
"What shall we say, the kingdom of God is like" and we are given heavenly and equivalent earthly representations.
The mustard is a small seed, but not the smallest but like the story in Ezekiel 17:23, Israel will find shelter in it. Even the birds will nest in it.
And so it is with us. Great events often have small beginnings. So we are encouraged to keep sowing however small the seed.
In this skeptical age this is encouragement, to hope and be patient because however insignificant we may be, we can have great influence, even against mighty political clout!
Posted by GreenEaster at 15:00