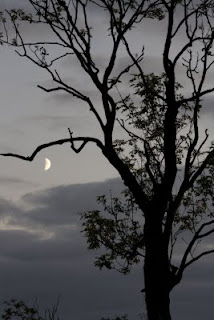 I was invited by the BBC to comment on David Cameron's speech at the Conservative Party Conference on Thursday. So I was sat down in the Tenth Lock pub in Brierley Hill to watch it (BBC Radio 4 World Tonight 8th October). It was widely appreciated as his bid to be the next prime minister. He began by talking about supporting frontline troops in Afghanistan, a very emotional button to press for the British electorate and promised more troops before we hand over to the Afghans own military and pull out. He went on to talk about his DNA- family, community, country and made many references to a society where nothing should prevent a child doing well. Many points on my check lists were ticked. But there was something missing-the bankers! No comment on the bankers and what they have done to British society. Jesus's response to the rich ruler, that he should sell everything and give it to the poor was the opposite. The upside down kingdom of the peoples rabbi. if British bankers had done this would the economy be in the mess it is now? Probably not. The rich man one of the rich landowners at the time went away sad. he couldnt do it. In our society rich bankers dont even aspire to anything beyond their earthly riches. They have lost the plot of values outside of hedonism. Shockingly they however may believe in family, community and country. So its not enough. Not enough to change the world. To do that we need a different wisdom beyond electioneering and government. A wisdom where the last are first and the first are last.
Posted by GreenEaster at 20:27