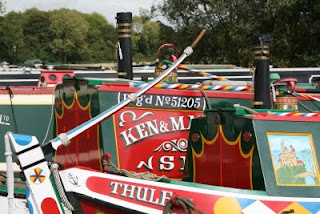 My grandfather has always been a man of shadows, a mystery man. A few Sundays ago I decided to google his name and came up with a real person, who went to Westminster School, studied theology at London University through The Jews College in London, and became a principal of a college in Ramsgate. His name was Samuel. He was my granfather who I never met.
Who do people say you are? This week I heared about a black woman who applied for a job. She didnt get it and rang up to ask why not. They left the phone on speaker phone and she heard them say "What shall I say to that black woman who applied for the job?" She was a black woman. I also met a man who had a daughter with schizophrenia. He told me a harrowing story of how he had struggled with this. He was a father with a daughter with schizophrenia. The story in Mark is set in Banais on the Israel Lebanese border or Caesarea Philippi as it was called then,rebuilt by Herod Philip and renamed as Caesarea. It is beautiful spot with fallen statues to Greek gods. As they were walking Jesus was reversing the normal practise of disciples asking rabbis questions."Who do people say that I am?" The gossip was that Jesus was John the Baptist come back to life, or a raised-up Elijah (the greatest of all prophets), or possibly just another prophet, but not the Jewish messiah. It was a devalued assessment of Jesus' person. "But who do you say I am?" "You're the Christ" said Peter,the anointed one, the messiah because he had caught a glimpse of this reality. But Jesus wants this secret kept and keeps, a low profile with regard his messianic credentials to dampen popular political messianic aspirations, for those "with eyes to see". He warned them that they should not mention this to anyone.
Having predicted his death, he then spoke about cross-bearing discipleship. Jesus' call is a call not just to the disciples, but to "the crowd". A suffering messiah is not easy for the disciples to come to grips with. He will be rejected, killed and after three days (like Jonah in the big fish) he will rise.
Peter told Jesus off for talking of such things and Jesus rebuked Peter. Out of my sight! Get back with the disciples. Aligning Peter with Satan is extremely harsh. Your thoughts are not God's thoughts, but man's. Jesus is calling the crowd to discipleship. If anyone really does want to follow behind me he must deny himself and take up his cross. The image would conjure up cross-bearing criminals. Whoever wishes to save his life will lose it and whoever follows Jesus will save their life. What does anyone gain by winning the whole world at the cost of his life.
Last week I was also with a black woman who was a Pentecostal bishop working mentoring young men out og gun crime and a Baptist minister called by God to work with Muslims because of riots, and two Archbishops, one who is an academic but.. and one called from "our end" in Liverpool.
So what are you called to be? What is your special place in Gods kingdom however humble.
Posted by GreenEaster at 17:52