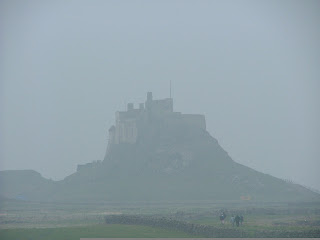 Lent is named from the Anglo Saxon, Lenten meaning lengthening of days when in the first three centuries of the church a few days were set aside for strict fasting.
By the 4th century the preparation time had developed to 40 days, like the 40 days of the Exodus, the fasts of Moses and Elijah and the period of temptation of Jesus in the wilderness.Lent was seen as a time of personal preparation and also a time of preparation for those receiving baptism on Easter Sunday. In the Roman Catholic Church fasting is still encouraged on the first day of Lent, Ash Wednesday and on Good Friday. In the Eastern Orthodox Church not eating eggs, meat and fish is still common, which is why painted eggs are given out on Easter Sunday.The Lenten colour is purple and unbleached fabric and in some churches there are no flowers during Lent and all the crosses are covered.

Jesus was led-a divine passive, by the Spirit in the desert as in Deut.8:2. as Israel was led about all those years before.He was tempted, the present tense indicates that the testing is during the 40 days. as was Israel's testing during the 40 years.And he ate nothing during those days.God's gift of manna was given to a grumbling people who had little faith. They ate, Jesus did not.At the end of he was hungry.

The devil comes to him, equivalent to Old Testament Satan meaning adversary, slanderer.
If you are the Son of God (Satan knows Jesus is the Son of God) turn this stone to become bread. Then in an instant he led him up (another indication of Satan's power).
He says he has all authority. Such power, how terrible. It has been given to me-but Satan may be lying!If you worship me!-Deut.6:13. He then led Jesus to the highest point of the temple jutting out from the wall and encourages him to jump because it is written concerning you that angels guard you carefully. Jesus answered him, it says do not put God to the test as the people of Israel had put God to the test, Ex.17:3. When the devil had finished all this tempting he left him until another opportune time.

So in the temptation story there are three tests: i] Stone into bread; will God supply Jesus's needs? ii] Authority over the world; iii] Signs and wonders; self-glory.
The story gives us insight into the devil. He acknowledges that Jesus is the Messiah, the anointed one who is to lead his people to the promised kingdom; He accepts the authority of scripture; He is described as lord over the present age; he is a deceiver and so sets out to compromise Jesus' messiahship.

The devil is the tempter and as with all tempters he starts with the subtlety of doubt. Jesus' answers to all the wiles of his tempter are to quote scripture back to him. He is tempted to make food and he responds with spiritual food, to perform magical acts for his own benefit, with power the ultimate subtlety, the ultimate corrupter.

Christ chooses each time the choice which would not give him fame, or wealth or power but would be a playing out of the plan for his life and give a satisfaction beyond that of these temptations.

Its a story of a cosmic struggle between the devil and God. Jesus is driven into the wilderness and there, like Israel of old, is tested. The wilderness is Satan's realm, a place of horror, loneliness. Jesus must struggle through the darkness to the promised land. Jesus' wilderness struggle is a foretaste of the coming three years which will involve an unending assault from demonic forces. As Jesus is sustained and affirmed in the wilderness, so he is sustained through the wilderness of his ministry. The people of God, also are tested like Jesus.

If you havent eaten for 40 days and are hungry you are open to visions, to the spiritual, both the divine and the demonic. In our own lives we like Jesus face choices. We may feel we have at times entered a desert in our lives. A time of hunger, thirst, dryness. We may choose to fast and pray to give us a clarity. You may choose to go into a desert or be driven there. For many people in our society there is no choice.

Lent is a replay of Elijah's and Jesus' wilderness experience. It is about repentance. On Ash Wednesday we hear the words "turn away from sin. we must turn to God. Repentance involves turning away from self to Jesus. Lent is about refocusing on Jesus.
There is a wilderness in our lives. When things go wrong, sickness, worries, the loneliness of wilderness is close to us. We sense beasts. We first need to accept the call of the wilderness and face the darkness. We have to return to the desert and we will experience the devil. The powers of darkness will test our faith. But we are not alone. Angels will be with us.
Posted by GreenEaster at 14:32