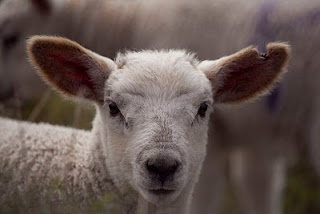 John is the fourth gospel. He makes no attempt to give a chronological account of the life of Jesus (which the other gospels do), but rather "...these things are written so that you may come to believe that Jesus is the Messiah, the Son of God, and that through believing you may have life in his name." John's gospel is a collection of stories, each with an “I am” and a sign or miracle. The theme of this particular story is christological. Who is Jesus?

It was winter and the festival of dedication was being held. This festival celebrated the Maccabean victory over the Syrians in 164BC and the rededication of the Temple after its profanation by Antiochus Epiphanes. It is likely that the Feast of Dedication could be held in regional centers as well as in Jerusalem and so necessitating the mention of Jerusalem here. It took place on the 25th of Chislev (November-December) and lasted eight days. It was marked with the lighting of lamps and feasting. In

John 2:19 Jesus is reported to have said, "Destroy this temple and in three days I will raise it up." In verse 21 it is noted that "he was speaking of the temple of his body."Jesus was walking around the temple in Solomon's Colonnade. According to Josephus, the eastern outer court of the Temple. It was a covered colonnade surrounded the temple proper with the eastern one dedicated to Solomon.

The Jews closed in on him saying `’How long will you keep us in suspense?" Questions posed in public are always an honour challenge. It is likely that the authorities just want something tangible to use against Jesus. If you are the Christ/the Jewish messiah then tell us plainly.Jesus answered them. I did tell you- the "signs" signify who Jesus is. He says he is under my Father's authority (under authority)."But you do not believe" (Jesus' words reflect both the healing of the blind man and the parable of the lost sheep). Those who belong to the shepherd hear his voice, follow him and are eternally secure with him. The question of how we actually get to belong to the Shepherd is not the issue here. The point being made is that those who belong, will follow, listen and eternally receive. Jesus' enemies do not belong to him, and do not rely on his words nor his signs. “You are not of the sheep of my flock. But his sheep listen to his voice and they will eternally never perish (they will not be condemned to annihilation). No one will ever snatch them out of Jesus keeping. "What my Father has given me is greater than everything. I and the Father are one"(the Greek clearly says that Jesus and the Father are one ‘thing’not one ‘person’). Jesus is talking about the Father and the Son's unity of action, so that Jesus does just what God does. In both instances he is speaking of the close, interpersonal relationship of loyalty and trust that John consistently claim exists between himself, God, and his followers."

So Jesus’ claim to oneness with God and pre-existence with him has aroused some listeners. Some think he is demented but others doubt it, because he heals people.

Jesus, the Good Shepherd, is the focus of our attention on this fourth Sunday of Easter all three years. In the Gospel we are reminded that Jesus does not respond to demands, even for simple answers to question. Instead, he invites us to draw our conclusions on the basis of his actions. Those who believe in Jesus and belong to his sheep are safe; no one will be able to snatch them from him. Eternal life is theirs. Jesus' sheep include those who are not already in the fold. (controversial!)

Psalm 23 is also read this Sunday (Good Shepherd Sunday), all three years of the lectionary. The psalmist is confident of the power of Yahweh to preserve and protect him/her and to surround him/her with goodness and mercy.

It was dangerous to be a Christian at the end of the first century. Both Christian Jews and Gentile Christians were in jeopardy throughout the Roman Empire. But God will look after them-for ever. The church was strengthened by words like these in the midst of persecution of the empire-and it survived!
Posted by GreenEaster at 19:53