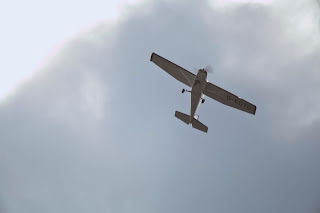 
They teach the "presentness" of the kingdom and the immediacy of the kingdom. In the Old Testament in the Hebrew masal, they were an obscure saying or riddle.

The kingdom which is to come in apocalyptic power, as foreseen by Daniel, has in fact entered the world in advance, in a hidden form to work within and among men.
The more a person learns of the mystery, the more knowledge they receive. In "abundance" - much more than enough, extremely abundant. A failure to hear and respond to the gospel results in the loss of everything.
Jesus preaches in parables because the crowds, "see but understand nothing." They have seen Jesus, heard the gospel, witnessed the signs, but have not responded in faith. As a response, Jesus proclaims riddles as a sign of judgment.
They and their hearts are "calloused" - dull. Their heart is no longer able to discern the truth. For us, the heart is the center of feeling, but for the Palestinian people of the first century, The heart was like our brain - their brain is callused.
The quotation from Isaiah 6 illustrates that Gods people were like this in the past. A spiritually dull people is not a new thing. Isaiah's insensitive hearers chose dullness over devotion. (the church today). The consequence of this was that they were given a word from God which they couldn't understand; "through men of strange tongues and through the lips of foreigners I will speak to this people."

The disciples are witnessing what the prophets spoke of. The prophets of old waited expectantly for the coming of the messiah and the dawning of the kingdom. the secret of the parable is theirs to know. So, Jesus takes the disciples aside and tells them the meaning of the mysteries he proclaims in public. Kingdom mysteries are secrets once hidden now revealed. So we hear parables about weeds and wheat, mustard seeds, yeast..... Even the disciples were unable to understand the meaning of these strange riddles.


We forget that it is God that gives the growth, that our role is simply to sow the seed, to sow it lovingly, lavishly, generously.The seeds we are called to sow are seeds of hope, faith, and love. We can never tell how the seed will fall or where it might take root. Our job is to plant the seeds and trust God to give the growth. Jesus begins and ends the parable of the sower of seed with a command to listen.

There are 7 parables in Matthew which is the number for God, the first 4 are to the common ordinary people, the remaining 3 were to the 12 in private. The first of the 7, the Sower, is an Introduction to the remaining Six that are paired together each pair.

Now what sort of soil are you? We are all types at different times!
The parable is for the sower. The sower is not to be selective, but sow the seed every where! Much of it will never grow to fruition. We are not the seed. The seed is the word of God, which grows in us. We will not necessarily see the fruits of our labour but we are called to be faithful, (not necessarily successful) in the sowing.

"preach the Gospel always, when necessary use words." Francis of Assisi
Posted by GreenEaster at 16:24