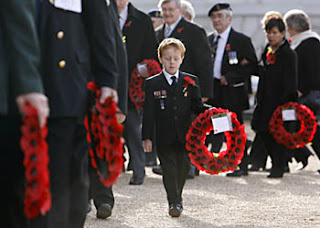 In New Testament times a talent was a unit of exchange which varied in its value. The word can be used of money or silver or a weight of between 26 and 36 kilos of copper, silver or gold. So, it is a variable amount of money. Now we think of a talent as skills or mental powers but it had real value then.

The settling of accounts follows a long interim. On the master's return
he called them in and asked them what they had done with his money.
Then the servant who had twelve hundred pounds came forward, bringing twelve hundred more.
The faithful servant is affirmed for his faithfulness. It is possible that the lessons learnt in this age will determine the degree of responsibilities we will be given in the age to come. Happiness – joy are the results. Possibly "joy" here means "feast", so the happiness of the heavenly banquet.
Although the second servant deals with two talents the reward is the same.
The man who has received a talent of which he has made no use, gives him back the exact amount entrusted to him.
There is the imagery is of a farm-owner who sows a crop without actually scattering the seed and harvests it without actually winnowing the chaff from the grain.
The last servant was afraid and because the master had gone away, so he hid the talent. Jesus calls him lazy – slothful.
“So now, take the talent from him and give it to the man who has the ten talents".

The kingdom of heaven/God is at hand. Popular prophets my proclaim "peace", but actually it is "doom". Beware!

In the parable of the talents we are reminded that in the days before Christ's return we are to use our resources wisely and well:  like the master, God entrusts people with his resources (Climate change), expecting them to act as good stewards of it (bankers);  like the two good servants, God's people will be commended and rewarded when they have discharged that commission (Churchill); like the wicked servant, those who fail to use the gifts God has given them for His service will be punished (uncomfortable!).

Good stewardship of little things brings greater privilege and responsibility. (moth and dust doth consume). Poor stewardship leads to losing even what one has (one of my relatives..)
It is more than likely that this parable began life as a kingdom parable. Kingdom parables proclaim the gospel , “repent, for the kingdom of heaven has come near” , but do so in a clouded way, like a riddle drawing out those with ears to hear. This identifies kingdom parables and differentiate them from a normal teaching parable. As a kingdom parable, the parable of the talents proclaims the immediacy of the kingdom, with the emphasis on judgment - the good news of blessing, and the bad news of cursing. (collapse of euro?)
Kingdom parables are primarily aimed at unbelievers. The original focus on the immediacy of the kingdom, of the master's return, is shifted to delay, of a master who "went away" for "a long time.

Matthew's take on the parable reminds us that everyone having accomplished will be given" (theological passive, God does the giving) and "she will have in abundance", he will have greater privilege and responsibility, but from the one not having even what he has will be taken from him. The key to is having simply faith especially in difficult times.

Today of all days we remember the price of freedom, the deaths the mutilations, the bereavement and destruction of two world wars.

Jesus gave warning of false prophets who think they have the answer and speak with certainty into an uncertain world. Their lack of humility often belies them. Some also will be heralding the end times, as they did during the Napoleonic wars, as they did at the turn of the 19th century and as they did under Hitler. Some use signs to justify a Messianic war, a time to gather up our arsenals and nuke the enemy, whoever they maybe, to bring about God's kingdom more swiftly.

The right path is not clear or easy. If the Christian community are to make a stand against war and such destruction as we have had in Iraq and Afghanistan, they will face trouble from the religious and the secular. As then, so now. However the truth of the mission of God's people will not be stopped by these happenings. But we may be called to account and our lives may be required to be the cutting edge along which there is finally progress.

But we must listen closely when we hear our Saviour speak
Of loving our worst enemies and the turning of the cheek
And if we think it can't be done, remember that our Lord
He came with neither bomb nor gun, he came without a sword.
Posted by GreenEaster at 18:58