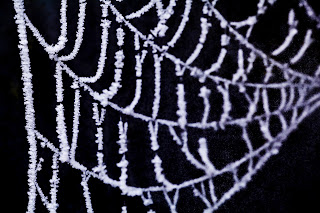 Who are you?
The question of who you are is more important today than ever before. Are you employed or unemployed, from a well off family or not? Are you a woman or a man, are you black or white, are you a Muslim or a Christian? Are you disabled or able bodied? The answer to the question of who you are will determine your place in British society and in the world. Jesus was a Middle Eastern, Jewish, young male, unmarried. He was an itinerant rabbi, a miracle worker-today how would he have been regarded? The Jews at the time of the life of Jesus were expecting a particular person who had a definite identity or so they thought. They were expecting the Jewish Messiah, a saviour who would lead them, a strong leader who would throw off the yoke of the Romans under whose rule the Palestinians lived. If you want evidence for this then you will find it in the caves of Qumran.

Peter’s confession at Ceasaria Philippi (now known as Banais, on the borders of Lebanon) is a turning point. The statues of to the Greek God Pan can still be seen there and people sit and eat their sandwiches on them. Its there that Jesus asks, “Who do people say that I am?” It wasn’t normal for rabbis to ask questions of their pupils but this rabbi did. He asked them to test out the water, to find out the gossip. And they told him, Elijah or Jeremiah, John the Baptist or a prophet returned from the dead. Then he asks them who they thought he was and immediately Peter says “The Messiah, the Son of the living God!”. It’s a shocking answer! Its blasphemy at the time but he says it. He doesn’t deny it and so we presume it is true. And with that recognition, comes a passing on of the inheritance we remember on Ash Wednesday, the inheritance in this case of authority to bind and loose. Finally they are told to keep quiet because this knowledge is dangerous. You only tell those you trust with your life, such things.

The question Jesus poses is a juxtaposition between who do you think I am and who I know I am? “Who do you say that I am”? Jesus asked this question of his closest disciples, one of the few of such questions recorded. Why did he ask it? He asks this question, “on the way”. As for all of us we learn as we journey, as we are traveling on in life. The question relates back to Mark 6. Peter knew who Jesus was-the Christ, the Messiah. But Jesus’ knows that this means he is someone who has come to challenge the authority of the religious powers the scribes and Pharisees and because of it he will be condemned and executed, Peters understanding of Messiah is different and so he reacts and in turn is fiercely rebuked.

Where are you going?
The prophesies in the Old Testament about this coming Messiah are ambiguous. He would be a warrior king, he would be a servant of God, humble, a bruised reed he would not break, such was his gentleness. His life is in danger because of who he is. Its political. Dont mix religion and politics! He will suffer and die, and on the third day be raised from the dead. Its fantastic. No wonder Peter intervenes only to be rebuked by Jesus and to be accused of colluding with Satan.

Who do people say you are?
If you look at the person next to you it maybe that you can tell me who that person is, what are their main personality traits or quirks, what are their likes and dislikes. What you say may be linked to their work because in our society we place a great deal of emphasis on work. Work in our society could become your total identity and when you cease working in paid employment you cease to have a role, an identity-very relevant at the moment. Many people have become invisible and they dont know who they are because they have no work. In other cultures you have a role simply because of your gender or place in the family or caste. But none of that answers the real question of who are you?

When Jesus asked the disciples “Who do you think I am?” they were engaging in an exercise. Prophets went about prophesying the future and did strange things. Maybe he’s a prophet. But Peter knew the prophesies concerning the Jewish Messiah and he matched Jesus with them. Its funny how the religious leaders did the same and came up with a different answer. Peter knew and was right that Jesus was the Messiah. A point contested by most Jews to this day. What he did not know was the implications of this and at this point his perception of Messiah was wrong.

Jesus turned from Peter to the crowd. If you want to follow me deny yourself-like soldiers going into battle, you must deny your own needs on behalf of the better good-however all will fail at this except Jesus.

Who are you really?
Jesus knows who he is and where it will lead despite Peters protestations. Do you? Do you know how your life will pan out? Your calling? What God wants you to do? We all have a distinct identity given to us by God and a destiny with that identity. Nobody else’s life will be like ours. We are unique. God given. We too all have an identity and a destiny and the two are inexplicably interlinked. The closer we get to finding out who we really are, the closer we get to God, and to our God given destiny. Who are you and where are you going in this life that God has given you?

Identity
This question of who you are your identity is something we cant ignore. Look at the move from multiculturalism to separate ethnic identities. Look at the movement away from ecumenism. In each case there is a reaction to a unified identity (metanarrative-the big picture or story) back to micronarratives-the smaller stories. The growth of churches of ethnic churches indicate this same process. Who you are matters. Difference matters. God is in our stories, our contexts, the local story. This is a time for stories. Your story matters.

Jesus knew who he was and what that would mean for his life. It is a fundamental challenge to all of us. Do you know who you are and what that meansf or your life and the direction it will take?

We like Jesus are each on a journey, to discover who we are and what God wants from us, a pilgrimage through our own wilderness, deserts, with mirages, oasis and strange guides. In the desert, wilderness times, we will face ourselves in temptation and danger from wild beasts, from principalities and demonic powers, but also experience ministering angels. If we survive the wilderness experience, we will have forged a new identity, ready for the plan that God has for us.


Study-Who do you say that I am?
Opening Prayer

Loving God help us to follow you
On the road to Jerusalem and beyond
To turn away from a safe and ordinary life
And to embrace boldly the way before us.
Amen

Who are you? How do you describe yourself?
Where do you come from?
Who were your mother and father? Take turns to tell one another's stories
What did your family expect of you? Have you fulfilled that or done something different?
What do you think God wants you to do in this world however humble that may be? Can you share that with others?
Read Luke 9v18-27
Did Peter understand what Jesus being the Messiah meant?
Did the disciples know who Jesus really was?
Did Peter go back on his confession?
Do we go back on ours?
Closing Prayer

Servant Christ help us to follow you
Into that place of quiet retreat,
Knowing that you will be with us,
Even in the desert wastes
Help us to look to you
Amen.