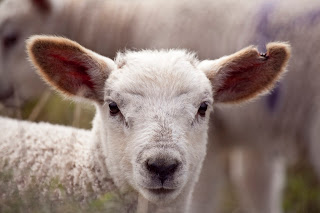 Lukes gospel emphasizes God's love for the poor, the disadvantaged, minorities, outcasts, sinners and lepers. Women play a more prominent part than in the other gospels.

All of Luke 15 concerns finding lost things.  Lost sheep, lost coins, and celebration over one sinner who repents — Jesus' stories are in response to criticism that he receives that "sinners" and shares meals with them. The tax collectors and sinners were detested by respectable people with good reason. The Roman authorities contracted out collection of taxes; how a tax collector got the money was up to him. Usury, fraud and excessive profits were common. Tax collectors worked for tax farmers, who were usually foreigners. As such, they were ritually unclean. Nevertheless, Jesus attracts them. Jesus did not spend his time with the respectable religious people, he spent his time with ordinary people, people who did not go to the synagogue on a Sabbath or church on a Sunday and he ate with them. Jesus' contemporaries were staggered by the fact that he shared food with sinners. What would be the equivalent today?  Pharisees of course were forbidden to eat with sinners and shepherds were such people. So he tells the story of the lost sheep.

100 sheep was the nomal size for a flock.  The shepherd in the story
leaves 99 well behaved docile sheep to follow the naughty one who has wandered off.  What kind of a shepherd do we have here?  We would sack him! He continues the search until he finds the lost sheep. Once finding her he lays the sheep on his shoulders and plans a party with his friends.  The story tells us that the God rejoices over the lost being found.

We move on to the next story keeping in our minds the word "lost".
The lost coin in the story is equivalent to the cost of a sheep- it is
the woman's life savings. It was a coin that women saved to put on some sort of headband during their marriage ceremony. Once they collected 10, they could be married "properly." So they saved and collected these coins because their identity in first century Palestinian society  was entwined with married status. This woman lives in a poor house with a low door and no windows.  She has to light a lamp to see to sweep.  She searches carefully until she finds it.  And on finding it, she plans a party to celebrate with her neighbours. God rejoices at the lost being found. The coin could also represent a day’s wage.

We find the word repentence only on Jesus's lips in Luke 15v7. In Aramaic it means returned to a rational state of mind.  Luke’s stories of Jesus find us returning again and again to those who have a change of heart; the tax collector who stops cheating, the rich man who stops coveting, the conceited man who becomes humble. Repentance is something done wholeheartedly, it is a permanent change. Repentance is God driven, overwhelming.

So Jesus defends associating with these people, using parables. Jesus asks if you had many and lost one, wouldn’t you search until you found it? God is the shepherd/housewife; the lost sheep or coin is symbolic of people who repent, who turn back to God.  Neither the sheep nor the coin can find their owner. Nothing is more frustrating than losing something from right under your nose like misplaced keys.  But, as so often in the parables, there are twists which helps people remember them: what shepherd would leave his flock in the wilderness? The Pharisees would find God symbolized by a woman as outrageous (women clergy/bishops), and first-century shepherds were considered lawless and dishonest. Would a shepherd really care about one sheep out of 100? But God is like that?

These are small stories with large points. These are parables not so much telling us what to do as describing the nature of God.  Jesus has chosen two examples of people who were outcasts, shepherds and women. And it is one thing to lose someone or something. It is quite another thing to know yourself as lost and needing to be found. Can you remember feeling lost? I can.

The searching was to restore the fold to 100, the coins to 10, and make a whole again. The reasons we need to search for the 'lost' is because we are incomplete without them ... the searching is so that we, too, can be whole. Carl Jung called his patients "lost sheep" and the English word “pastor” is taken from the Latin word for shepherd. There is no blame directed toward the straying sheep. Jesus in this parable is seeking out something which is lost, finding it, and celebrating the discovery.  Israel is not the lost sheep here, but the tax collectors and sinners -- they are the lost sheep of the house of Israel that Jesus is sent to. Jesus is the good shepherd.

Is the church full of lost sheep and lost coins? The church should be a great lost and found department. Jesus is on a search-and-rescue mission. The main requirement for being found by Jesus is to be lost. Who are the lost in our society? The homeless, asylum seekers, people sick with worry over money, people with stigmas. Simply someone you meet? You know them. They live in our communities. Being lost makes us vulnerable and its good to come home, very good.

We are to let go of religious ritual and respectability and to mix with people who are not religious as Jesus did, to help those who are lost and want to come home. In recognising our lostness, there is a coming home, a celebration, rebirth, reconciliation and beyond death, resurrection.