Matthew draws together sayings on humility and greatness and the seriousness of causing little ones to sin. He has gathered together Jesus' teachings on membership in the kingdom of God - life under God's authority. It ends with "when Jesus had finished saying these things". When the gospels were written, the sayings and acts of Jesus would have been known off by heart.

Membership of the kingdom of God belongs to those who are dependent on God's grace for their salvation. (not their reputation, their wonderful deeds) Within the fellowship of believers, it is essential not to lead such a person away from God. 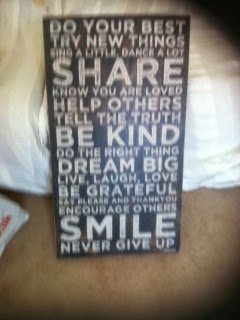 For us, the lost people of God, the Beatitudes remind us that the humble are those who inherit the earth, they are the ones who recognize their poverty before God, mourn for their loss of divine standing, thirst for righteousness, and in this yearning are blessed with divine grace. They bear the fruit of faith: mercy, purity of heart, peacemakers, but persecuted. On the other hand there are those who think they are God's gift to humankind and "exalt themselves". Humility is not modesty, but relying on God for salvation. Matthew puts together three independent didactic sayings of Jesus. The sayings are about church discipline.

The first saying is often treated as a method for dealing with a sister/brother who has hurt us - sinned against us. This is commonly used in Christian fellowships . A believer, a little one, has wavered in their faith, and as a result their standing before Christ needs to be restored. To this end the church  must bring the little ones face to face with what is right again.

"If a member of the church sins against you"-the sin is undefined, but given the instructions it must be serious, stronger than "should do something wrong", "against you. The context it is the consequence of skandalizw, of having a stumbling block placed before a person. The twn skandalwn is the cause of the stumbling or entrapment.
In ourworld stumbling blocks are inevitable, but this does not mean that a person has to promote or create them; woe to the person who does.

Jesus' sayings have addressed those in a position to either welcome or trip- up the little ones who believe in him.
It is better for you to be thrown into the fire of hell - the gehenna of fire. Gehenna comes from the Heb. ge-Hinnom, the valley of wailing, the rubbish tip outside of Jerusalem where corpses of the poor were dumped along with the rubbish. A stinking, constantly burning place.

Back to our person who has been the object of stumbling blocks! Bring the problem to light, do it privately rather than publicly. Have it out with them. If they listen to you have won them over. If s/he doesn’t listen, take a few others, (as witnesses Deuteronomy 19:15 establishing the point that a person cannot be convicted on the evidence of just one person), to confront the problem, emphasizes the need to exhaust every possibility in the effort to win back the person. Then treat him as you would a pagan or a tax collector as an outsider. This however does not mean treat him with contempt or cruelty.
In seeking to restore the brother or sister who has strayed from the faith, the Christian community seeks them out to restore them. Here the authority is given to the Christian community. The church is being given the authority to arbitrate on matters of God's will and declare a verdict on the matter (like Sharia Law). Members either confirm God's condemnation or forgiveness. Whatever you loose, abolish upon the earth, will have been loosed. 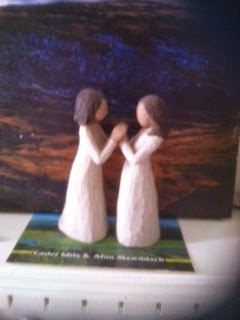 The second saying is on the authority of the church.  Again, the saying can be understood in a number of ways. So, for example, the saying may give the idea that when two or more Christians believe in something in prayer, it will happen. But what about unanswered prayers? The saying may be teaching that when two or three meet in Jesus' name, God will be present, revealing God's will to them. The congregation can then pray, believing that it will be done for them.

Jesus promises that he will be with his people, even when there are just two or three present, to the very end of the age, for ever!