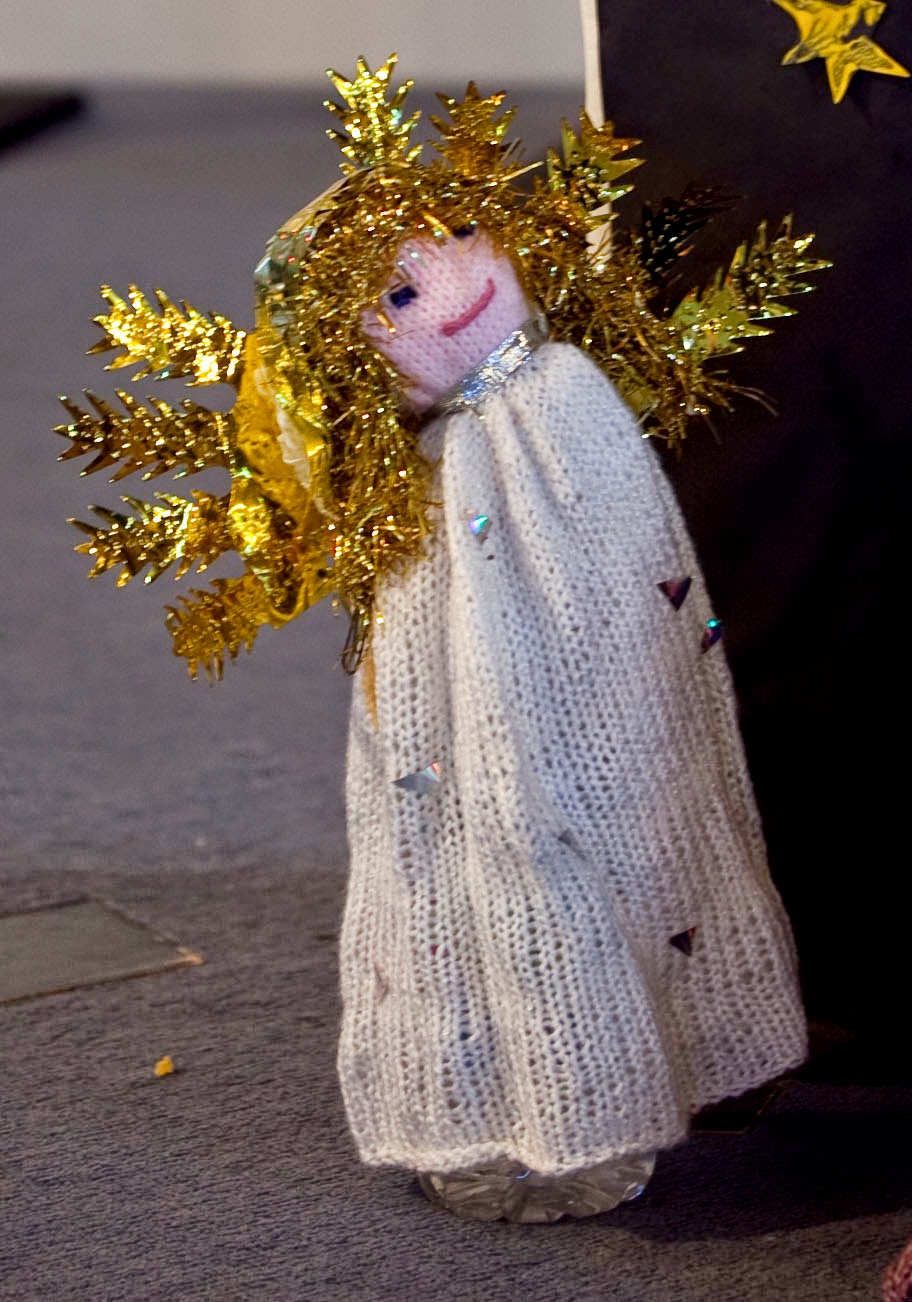 After four hundred years of silence, God speaks through a new prophet; he proclaims the coming of the long-awaited kingdom, and calls upon the people to repent, to turn away from what is wrong and back to God.

The passage in John reminds us of the symbiotic relation of God to the incarnation. This is God with us, born as a human being suffering as we suffer. Today this message challenges us to live lives according to gospel values rather than those of the consumer capitalism that surrounds us. God given hope is not optimism, or sentimentality, based on ignorance or naivite. It is based quite simply in a trust in God, the God who brings light into darkness. and speaks to us.

John the Baptist, predicted by Isaiah, was the one, who prepared the way for the coming of Christ. John was not the sort of person who you would invite round for Sunday dinner. He was hairy and wild and naked except for a loin cloth. He ate locusts and wild honey and lived in the desert. A nomad. A tramp. And his message was no more comfortable than his looks. He told people to prepare to put their lives in order and to make the way straight. In other words-to repent. If John came today what would he say to us today in preparation for the coming of Christ this Christ/mass? John's call for repentance or change not  only  is a call on our lives as individuals but our life  as a society. As a nation we need to hear that message, to change.

Luke has set the stage by identifying  7 people to date the ministry of John, and the commencement of the ministry of Jesus, approximately AD 27-29. When Pontius Pilate was governor, Herod being tetrarch of Galilee. "Tetrarchs" were local rulers appointed by the Roman government to serve alongside a local Roman official, either a Procurator or Prefect. Its Herod Antipas, 4BC-AD39. Luke refers to the high priesthood. Both Annas and Caiaphas are mentioned. Caiaphas is functioning as the formal high priest, but Annas is still around. The Roman authorities had removed Annas in AD14.

At this time God spoke to Zechariah's son John in the desert - a place of reflection, retreat and revelation. Probably the wilderness is the area north west of the Dead sea, leading into the Jordan valley.

John's ministry covered the whole of Jordan. preaching - communicating, proclaiming. It was authoritative including baptism by immersion in water, but also overwhelmed. The baptism represented repentance/turning away for the forgiveness of sins. Water baptism also symbolically expressed cleansing.

The Hebrew origins of the word repentance suggest a turning back / returning to God, rather than an expression of sorrow. Good deeds are not a necessary component of the inward act of repentance. Forgiveness does not rest on what we do, but on a turning toward God.