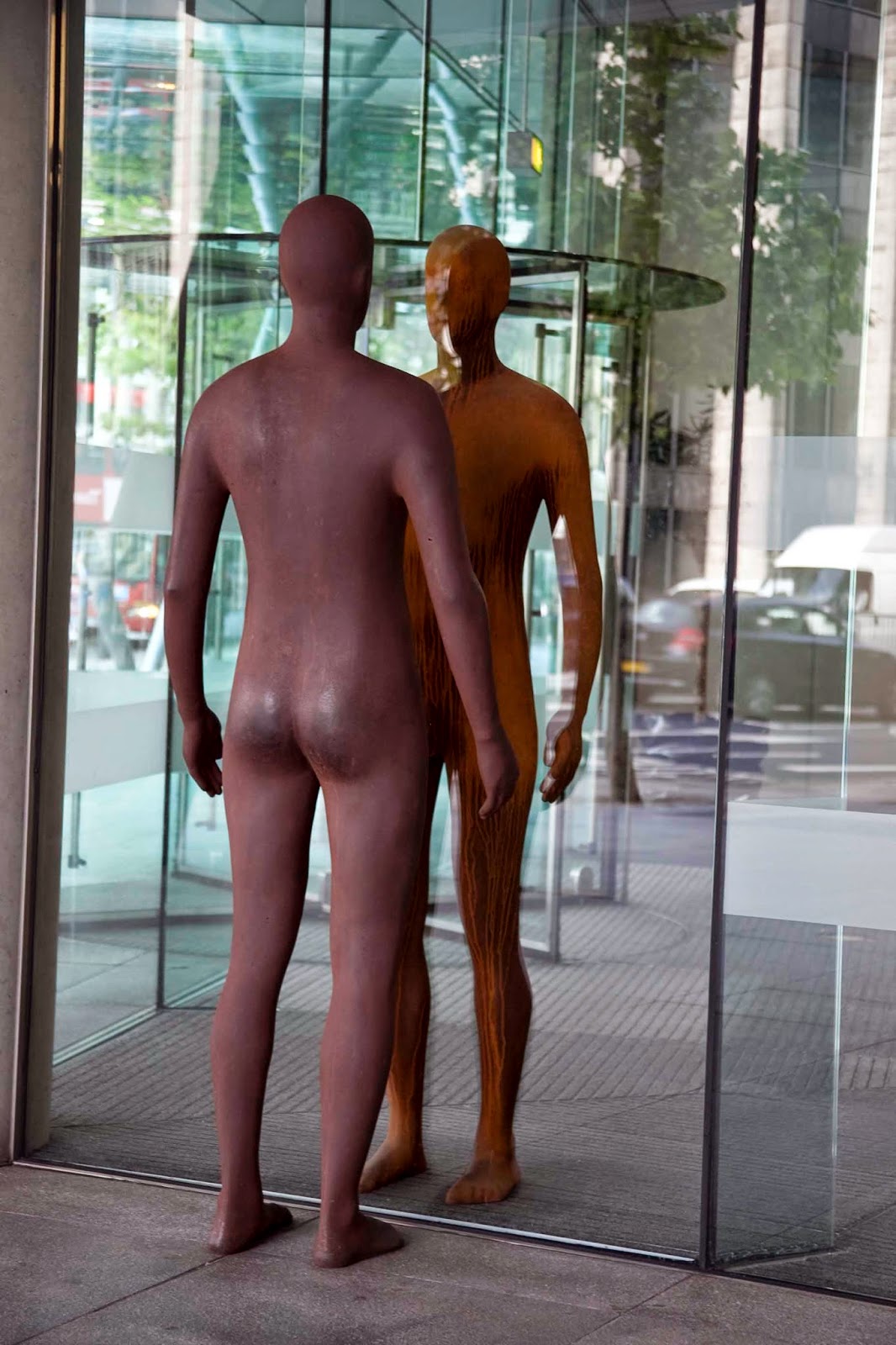 My grandfather has always been a man of shadows, a mystery man. A while ago I decided to Google his name and came up with a real person, who went to Westminster School, studied theology at London University through The Jews College in London, and became a principal of a college in Ramsgate. His name was Samuel. He was my grandfather who I never met. My eldest daughter is called Sam, I also studied theology at London University. He is part of my identity, of who I am.

Because of him when I went to the concentration camp at Buchenfeld in Germany, I knew as a second generation Jew I would have been gassed. This makes me very sensitive to people being marginalized and singled out as a problem because of their identity.

The question of who you are is more important today than ever before. Are you From EU or not. Do you suffer problems going though immigration?

The answers to questions of identity determine our place in British society and in the world, how people treat you.  Unfortunately.

But God sees things differently. He introduces the Upside down kingdom and Jesus focused on bringing people who were on the edge of society to the centre and giving them self worth and dignity.

Jesus himself was from the Middle East, a Jew, a young male, unmarried, a  wandering, itinerant rabbi, uneducated, he hadn’t been to theological college, and a miracle worker. Today how would we view him? (would we stop him at immigration from coming into the country!)

In the gospel reading in Mark we heard, Jesus is with his disciples in the district of Caesarea Philippi, at the base of Mount Hermon and some 50 kilometers North of Galilee, a Gentile non Jewish town, and it still is today.

The story of Peter’s confession at Caesarea Philippi (now known as Banais, on the borders of Israel and Lebanon) is a turning point in the gospels. It was rebuilt by King Herod Philip and renamed as Caesarea. I went there. It is beautiful spot with fallen statues to Greek gods, like Pan, people sit and eat their sandwiches on them like I did. So we are talking about a real place.

As they were walking, normally disciples asked rabbis questions but Jesus is asking them a question. “Who do people say that I am?” he says, to test out the water, to find out the gossip on the street.

The Jews at the time of Jesus were expecting a Messiah to save them and there were two different prophesies in the Old Testament about this coming Messiah. They were confusing;
The Messiah would be a warrior king or
He would be a suffering servant, humble, a bruised reed he would not break, such was his gentleness (Isaiah).

The Jews of the 1st century had chosen the Jewish Messiah prophesy and hoped he would be a strong military leader who would challenge the Romans under whose rule the Palestinians lived. Occupation like Palestine today.

Neither the crowds, nor the religious leaders, recognized that Jesus was the messiah.
They were devaluing who Jesus, like we can be devalued today for who we are.

"But what about you?" Jesus says to them, who do you think I am? And Peter answers "You're the Christ", the anointed one, the messiah, the Son of the living God" …which separates this God from the other dead gods whose statues were around them.

Peter's confession expressed what all the disciples thought…that Jesus was the messiah.

And its a shocking answer and it will eventually cost Peter his life!
The truth can be very costly and many don’t want to hear it and react violently to truth.
And Jesus tells them to keep quiet because he knows this knowledge is very dangerous. He wants this secret kept and to keep a low profile with regard to his messianic credentials because the political situation is explosive. There’s a time for secrets and a time for exposure. There’s the worlds time and there’s Gods time, Kairos time.

And it’s the same for us. People may think we are one thing but we know we are someone else and we may struggle to release ourselves from the script other people impose on us, our families, our friends, even the church.

And he asked this question, “on the way” because for all of us we learn as we journey, as we are traveling on in life.

Jesus’ himself knows that he is someone who has come to challenge the authority of the political and religious leaders and because of it he will be condemned and crucified.

Peters however cant get his head around this because his understanding, his script of the Messiah is different and so he reacts and in turn is fiercely told off, by Jesus. He needs to get with the program as my daughter would say!

We also have to be who we know we are and do what we know we must do despite people around us even close friends and family disagreeing with us.

Then Jesus says to them;
You must take up your cross-a person condemned to be crucified, had to literally take up his cross, naked, and suffer public humiliation as a deterrent to others. Trouble makers and dissidents were crucified in this way, the lower classes, the unruly elements especially in Judea. Jesus life was in danger because of who he was. It’s political and religious.
Don’t mix religion and politics people say! But Jesus did!

And Jesus then offers them a spiritual paradox,
If you hang on to the things of this world you will lose your life/soul. But if you follow your soul you will gain your life. Have you ever experienced this? Chosen the wrong path and in turn lost yourself, lost your soul, who you are?

So who are you?

Where have you come from and where are you going?
Many people have become or feel invisible and they dont know who they are.
They’ve lost their roots, their identity, which is why communities stick together to hold on to their identity.

In some cultures you have a role simply because of your gender or place in the family or caste. But none of that answers the real question of who are you?
Do you know your calling in this life? Its difficult to discern often. It may be simple humble but very important as a building block of change. We all have a distinct identity given to us by God like our unique thumb prints and a destiny with that identity. Nobody else’s life will be like ours. The closer we get to finding out who we really are, the closer we get to God, and to our God given destiny. Who are you and where are you going in this life that God has given you?
Who you are matters. God is in our stories, our communities. Your story matters and is important to us all and God.

Where are you going?

To get us through the rough times we need something very powerful to sustain us!
Florence NIghtingale, Mother Theresa, Martin Luther King, Nelson Mandela were all awesome people because of what they did and all of them were inspired by this Jesus, this Son of the Living God, and its this that gets them with and sustains them on the program!
Our calling will be very different!
Whoever we are what age we are 0-95! , our education, our cultural identity is unique and significant and precious to God. To work it out we may need others to help us, we need to pray, we need to boldly embrace who we are and let God use us.

We like Jesus are each on a journey, to discover who we are and what God wants from us, our own pilgrimage. Like Jesus we will face our deserts, our wilderness times, we will face temptation and danger from wild beasts, and demonic powers, but also experience angels who minister to us, as part of for the plan that God has for us.

So what are you called to be? What is your special place in Gods kingdom however humble?

Servant Christ help us to follow you
Into that place of quietness,
Where we face beasts and wildness
But we know the presence of angels
Even in the desert wastes. Amen.