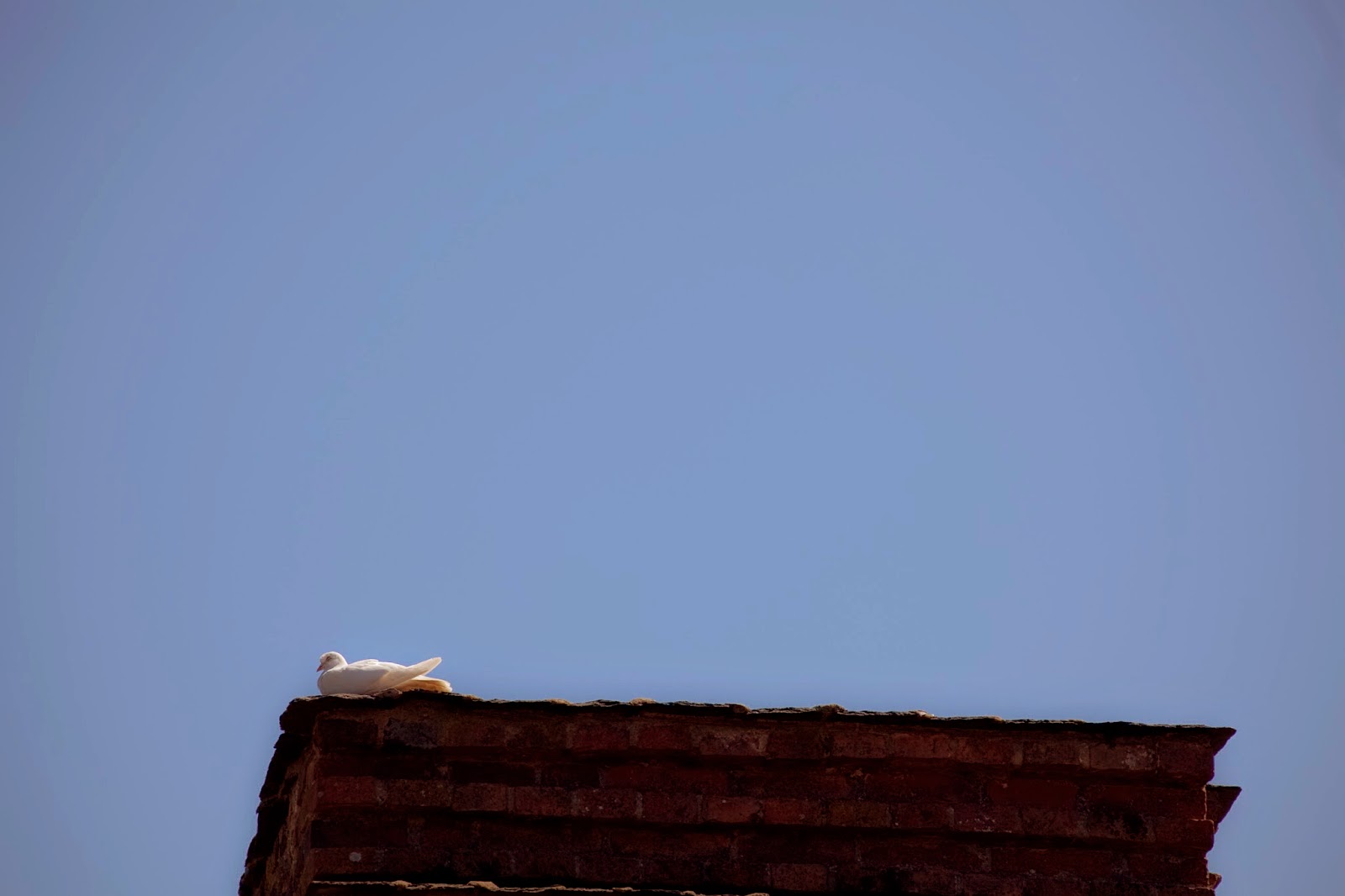 This Sundays reading rings a chord with today! Jesus lost his cool with the bankers! He cleaned out the temple in Jerusalem of market traders, pigeon sellers and money changers. The noise must have been dreadful with money birds flying around and tables being thrown over and Jesus shouting!
Imagine the caflufel!

There was an economic network of curtain makers, barbers, incense manufacturers, goldsmiths, trench diggers,, shewbread bakers. It was a racketeering issue with ruling class interest. Maybe some parallels with the banks and the City today? The temple fundamentally was an economic institution that dominated Jerusalem. Again as the financial sector dominates UK economy. Greek or Roman money had to be changed into temple or Tryian coinage for temple dues. There were other money changers, bankers. Doves were sold to the poor and widows, women, lepers, who were considered unclean by the law and were made to pay for it.

Jesus also had an issue with anyone carrying a vessel through the temple. He basically caused all business to be suspended for the day-at a loss to the markets! In the Old Testament the prophet  Isaiah (56) speaks of an inclusive Israel, of giving justice to foreigners who were marginalized and to the dispossessed and outsiders. The thieves or robbers Jesus refers to are social bandits, the government! Unless exploitation of the poor stops, the temple will be destroyed. And it was!

Jesus attacks the underlying political economy of the temple economy that exploits the poor. His actions upset the temple authorities who depended on the sale of those sacrificial victims and the exchange of money to lubricate their coffers. Prophets were associated with miracles so the Jewish authorities demand a miracle to explain his actions. His answer indicates that despite his anger he does not believe that God lives in buildings alone. The Temple of God he alludes to in his reply is of course his body and by implication our bodies (and the implications of that take some swallowing) which will be resurrected in 3 days. The Jewish authorities are scandalized by his response and fail to understand what he is talking about. And despite his following in Jerusalem, Jesus intuitively knew he could not trust the people. Time would tell that he was right.

Often our holy places are not places of prayer but are cold reminders of a bygone age or are let out, sold for other purposes. We desperately need places to pray-and if churches should be anything they should be those places-and places of justice like the protest. Whose side should the church be on, at this time of terrible in justice for so many people?

The story also speaks to us of the passion of Jesus, his anger, his righteous indignation. We need that passion as a channel to energise our fight against the injustices and abuses we are now daily surrounded by. Are we going to let our apathy see the NHS and the Welfare State destroyed as appears to be the case? Anger is a sign that something is wrong, recognising that and using it rather than getting depressed is essential for our well being and that of families, our society and our world.
Anger at injustice motivates us into action to change the world we live in if we channel that energy constructively. Let your anger over injustice out and use it!

Inspired by love and anger, disturbed by need and pain,
Informed of God’s own bias we ask him once again:
“How long must some folk suffer? How long can few folk mind?
How long dare vain self interest turn prayer and pity blind?”
From those forever victims of heartless human greed,
Their cruel plight composes a litany of need:
“Where are the fruits of justice? Where are the signs of peace?
When is the day when prisoners and dreams find their release?”
From those forever shackled to what their wealth can buy,
The fear of lost advantage provokes the bitter cry,
“Don’t query our position! Don’t criticise our wealth!
Don’t mention those exploited by politics and stealth!”
To God, who through the prophets proclaimed a different age,
We offer earth’s indifference, its agony and rage:
“When will the wronged be righted? When will the kingdom come?
When will the world be generous to all instead of some?”
God asks, “Who will go for me? Who will extend my reach?
And who, when few will listen, will prophesy and preach?
And who, when few bid welcome, will offer all they know?
And who, when few dare follow, will walk the road I show?”
Amused in someone’s kitchen, asleep in someone’s boat,
Attuned to what the ancients exposed, proclaimed and wrote,
A Saviour without safety, a tradesman without tools
Has come to tip the balance with fishermen and fools.