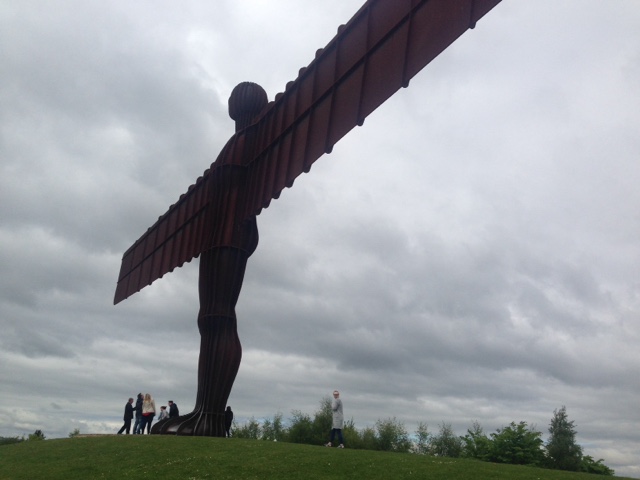 Nicodemus was a Pharisee, representing those Jews of high office who thought Jesus is maybe ok but has problems with some of his words and actions. Why did he come at night? So he wouldn’t be seen? Was it that he wanted it to be a secret that hed sought out Jesus? Did he come at night so as not to be seen and appear and disappear back into the shadows or did he come at night because it was the only time he could catch Jesus alone and have a conversation with him. Jesus, we recall has caused a disturbance in the temple so he will already be regarded as a dangerous person.

"We know" Nicodemus says. This is Pharisees-speak, the royal "we", "that God has sent you". Jesus can perform signs and therefore God is with him. Interestingly we never discover either exactly why he has made this visit or what he really wants to ask Jesus. Have you ever noticed how people who feel superior to you start with such statements? He recognises Jesus only as a teacher, as someone sent by God, but not as the Messiah.

Jesus talks to him about being "born again from above". "How can a grown man be born a second time?" Nicodemus is scathing. "How can things like this happen? "Don't you understand these things?" responds Jesus, critical of Nicodemus' inability (and Rabbinic scholarship) to understand what he is talking about. There is the reference to Moses lifting high the serpent in the desert-a symbol of healing even today. Everyone who trusts in the Son of Man will have healing, eternal life- a central concept in this gospel and used for the first time here.Jesus uses language describing a "washing of the Spirit". "Don't be surprised at what I say to you. The 'ruach' ( Hebrew) , the breath of God, blows where it wants. The Spirit of God is not controlled by Pharisees, by legalists. We cannot box it in. "The wind blows where it chooses" says Jesus. Nicodemus quite clearly does not believe in him.
Nicodemus is a typically pious Jew. For Nicodemus, entering the kingdom of God and being approved by God, is obtained by obedience to the Law (the 10 commandments and more laws in the Old Testament). As a Jew, he is one of God's chosen people (Obama challenged this view in a lecture in Cairo) but they needed to be obedient to the Law. The Law led to holiness, it restrained evil and shaped perfection in Gods people. Jesus opposes this view. The way to stand approved before God requires a spiritual rebirth by the power of God. No law-keeping can achieve this, rather it is only something God can do for us. This is Gods grace.

I remember some years ago waliking to work in Birmingham City Centre and encountering a man with beautiful blue eyes begging at St Philips Cathedral. I woke quickly from my morning state (Im not good in the mornings) and looked at him. "I can buy you breakfast" I said. To my suprise he stood up and followed me to the Victorian Restaurant in Great Western Arcade. The manager countered me saying,"He's not coming in here!" I started to think of a take away as an alternative when he relented. "But you mustn't let him go to the toilet!" All through breakfast I was on the edge of my seat. Apparently he had clogged up the plumbing with needles on a previous visit. After breakfast I was relieved to leave my companion and now fully awake went on to work. Some months later I went to my local gym for a work out. A cheery voice waved,"Hello vicar!" It was the man from the Cathedral dressed well, with a new flat and a big cross around his neck! The Spirit blows where it wishes!

The Church needs to rediscover the Spirit in whatever form. Its rituals without the Spirit are pure legalism. The call to the churches at this time is to change their way of doing things as they have always been done, maintaining the status quo, and to move to a missional stance and so to be the church for the 21st century. God is shouting at us and we are not hearing and so the church will die in its current form. We are called to follow God not institutions and to change people and communities not preserve buildings and traditions. The life we are called to live as Christians as we follow our God is unplanned, organic, unpredictable.but rooted in the two commandments Jesus gave us, to love God, love ourselves and love others. All else follows from this.To embrace the Spirit we may lose respectability, status, security but it will be the road to life!

The formulation of the Trinity in Christian doctrine took up many centuries and hot air. My own simple explanation avoiding theological debate and formulations is that in essence in the Creation we see the work of the Father or Mother which ever you prefer, I tend to use Creator now; the person of Jesus we encounter through oral and written tradition and the Spirit is practically with us in our daily, earthly journey-it is the unseen creative, inspiring, enabling, intuitive presence of God.

She sits like a bird, brooding on the waters,
Hovering on the chaos of the world's first day;
She sighs and she sings, mothering creation,
Waiting to give birth to all the Word will say.

She wings over earth, resting where she wishes,
Lighting close at hand or soaring through the skies;
She nests in the womb, welcoming each wonder,
Nourishing potential hidden to our eyes.

She dances in fire, startling her spectators,
Waking tongues of ecstasy where dumbness reigned;
She weans and inspires all whose hearts are open,
Nor can she be captured, silenced or restrained.

For she is the Spirit, one with God in essence,
Gifted by the Saviour in eternal love;
She is the key opening the scriptures,
Enemy of apathy and heavenly dove.