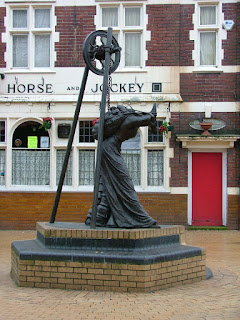 “Nobody knows the trouble ive seen!”

Jesus’ ministry after the wilderness experience invokes conflict. Our lives are full of conflict. Todays gospel reading is one example of many that illustrate the conflict that he endures.

Marks gospel is like a manifesto. It is about good news, a good news that is subversive to the powers that be whether religious or political.

The life of discipleship entails conflict.

Mark’s gospel is about repentance and resistance, repentance from all that which prevents us from living as God wants us to live and resistance to the powers and principalities the ideologies that set out to thwart ours and Gods task, namely to build Gods kingdom on earth. It is a call to justice to compassion and liberation. For the religious aristocracy or the sign seekers he has nothing.

Marks gospel is a call to discipleship

Jesus disciples have already upset the Pharisees by eating grain from cornfields on the Sabbath, the holy day. Also he has upset them by healing a man with a withered hand in the synagogue on the holy day, the Sabbath, because he had 6 days to heal on! 7 days a week NHS! As a result of both his actions the Pharisees have a plot to kill him. I think its an unfortunate human attribute that we often hate goodie goodies who bend the rules.

And then the religious authorities call him Beelzebub, the fly carrier ( a word I cant use in the pulpit!), the prince of demons. In other words he is demonic.
The initial enthusiastic response to Jesus ministry, the adulation, prompts a resultant negative reaction from Jesus' family and Israel's religious officials. This is double conflict, double trouble.
1. Jesus' family said he had gone out of his mind.
2. The religious authorities accuse him of being possessed.

So Mark now has Jesus answering the charge that he is acting under the power of Satan.  Is response is to reject them both and bring a counter charge.

Jesus says if Satan has moved against himself then he is finished! Divide and fall!
And he points out that his miraculous works, particularly exorcisms,happen because  Satan, the "strong man", the psyche/our soul is, "bound" and unable to resist the ministry of Jesus, which is why the only way to tackle addictions is through the Holy Spirit!
If there are internal divisions in a household, it is impossible that such a household wont disintegrate.

"no one is able to enter a strong man's house and to plunder his property unless  he first ties up "the strong man's then he can rob the house.

This is about us as Christians, What is our strong man that we need to bind before Jesus can minister to us?

The scribes have suggested that Jesus is an agent of Satan. Addressing the issue of slander (blasphemies) Jesus says that we can be forgiven all sort of sinful slanders, except a slander against the Holy Spirit, Gods work.
So in Marks story, his gospel, we have moved from the wilderness where he was tempted by Satan to Galilee where both his family and the religious authorities have accused him of being possessed. Jesus says he intends to overthrow the reign of the strong man, by binding him, and robbing his house, like a thief in the night. He is talking about the religious authorities!

The chapter ends with his family calling to him from outside the house. The family was central to Palestinian society. But there is a serious rift between Jesus and his family. He says "Whoever does the will of my Father is my brother and sister and mother!" Even our families wont understand us. More trouble!

Conflict is a sign of maturity. It can also be an increasing sign of separation. As a Christian on our journey without a shadow of a doubt we will not grow until we learn to accept conflict and trouble as part of life’s journey. There is nothing worse than seeing how we consistently avoid conflict through wheeling and dealing and compromising ourselves. We mature as we face it and those we seek are surely those who in the face of adversity have matured and wisened . Unless you can face conflict people can buy you!!!

So if your going to be a Christian there's going to be trouble. But if you’re going to be human there’s going to be trouble too! At work and at home there will be conflicts. It’s an art form to avoid conflict or resolve it.  Jesus says blessed are the peacemakers. They are needed today more than ever, those who can see the problems and move beyond them, not denying reality, but finding ways through. Today we need such people. And we need to pray for them because it’s a high calling.