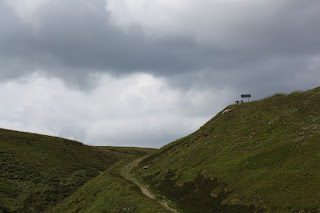 King Herod ruled from 4BC-39AD over Galilee and Peraea. Jesus didn't begin his ministry until after John was arrested. Miraculous powers followed Jesus, but not necessarily the disciples. John didn't perform any miracles but Herod missed this. The people thought that Jesus was Elijah who prepared the way of the Messiah, or that he was a prophet like Elisha.


Herod hears the different opinions and gives his. He thinks he is John, who he beheaded, raised from the dead (like Macbeth).
Herod had sent guards to seize John, had him bound and put in prison. Josephus the Roman historian wrote that John was imprisoned in the Machaerus a fortress in Peraea. 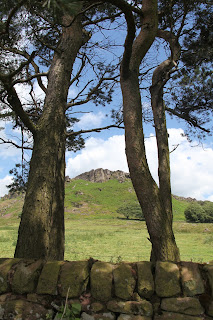 In our story Herod like Pilate after him has to make a series of difficult decisions. The decisions he makes are all compromised. Compromised by political unrest, by power brokers (the Jews) and by his wife. Some people in society act as amoral beacons. John the Baptist was such a man. When Britain invaded Iraq thousands protested against it.

Herods decision about John the Baptist who has annoyed his wife by pointing the finger at his adultery with his brothers wife(history) is swayed by lust. He appears to want his new wifes daughter as well. Its disgusting but very present in our world too. His decision results in the death of a good man. But all decisions have consequences. Maybe he didn’t sleep so well at night.

Our own moral well being and psychological health depends on making the right decisions, but its not easy. Sometimes we get it wrong or are forced into a corner like Herod. At times like this we have to do the best we can to repair the situation. Even saying sorry to someone you’ve wronged is healing. Christians sould be the first to apologise but we are sadly often the last. Our decisions affect us mentally and physically, affect our society and the world. WE must choose loving constructive decisions. Even in the face of threats and bullies and sometimes death. Our well being depends on it!