In this part of Marks gospel there is growing trouble.
The passage occurs after the raising of Jairuses daughter. 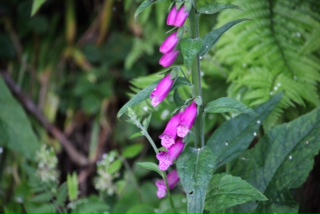 Jesus leaves Capernaum to preach in the villages of Galilee and begins twenty-five miles away in his hometown of Nazareth. At first his teaching in the synagogue astounds them but they cannot forget that though he is a good teacher now, and popular he grew up with them and was a carpenter like his father. There is a shift of mood as Jesus' ministry begins to deepen.

Jesus left his hometown Nazareth, with a group of disciples. When the Sabbath came he began to teach. In the early part of Jesus' ministry he went to the local synagogue and was invited to speak. Most people were amazed-amazement being is a key response in Mark. This amazement quickly becomes rejection and unbelief. They become scandalised by his teaching. "Where did this man get these things? Does his wisdom and miracles come from God or Satan?" There are references to Jesus brothers and sisters and his mother Mary, and then to his father Joseph and his own trade, a carpenter-builder. They are local. They are suspicious of him.

Jesus would normally be "Joseph's son" even if his father were dead. So they refused to believe in him and his teaching. "A prophet is not without honor except in his own country."
Would you accept someone you knew from childhood telling you how to live your life!

He had limitations and could not do anything there except heal a few people by laying hands on them. He was amazed at their lack of faith. So he went around teaching from village to village.

And because it was so difficult to do anything there...he called twelve of his inner circle of disciples and sent them out in pairs to give the good news, taking a walking stick, no bread, no bag, and no money in their pockets. "Wear sandals, but only take only the clothes you are wearing", he told them."When you enter a house, stay there until you leave that town.
If the people in a certain place refuse to welcome you or listen to you, leave that place. Shake its dust off your feet as a warning to them."

So the disciples went out. They forced many demons out and put oil on many sick people and healed them.

There is a theme here of rejection in the synagogue and of his clan, to withdrawal and itinerancy, like many after him. Who are the family of Jesus, the Christ, what is his parentage, who gives him authority, his class, his tribe, his religion?

The calling of 12 gives them the authority with an almost monastic charge to the disciples and this is the last public performance in his hometown. 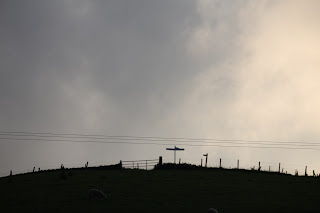 Discipleship consists of calling/naming/sending. There is a
theme of engagement/withdrawal and we are introduced to a
missionary lifestyle of wandering charismatics.
Discipleship depends on hospitality for sustenance-entertaining angels unawares
Sandals are a metaphor of discipleship. But also you have the
importance of households as the local base for ministry, like
safe houses, a popular base, so stay and establish. But there is no force here. It is non-violent. They are to become sojourners like Jesus