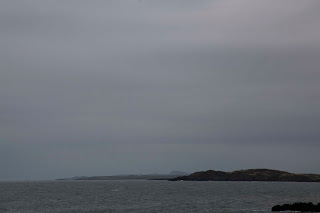 On Jesus journey there is growing division. The religious leaders of the day have lost the plot and dont understand what is happening.

So there is growing discontent and Jesus confronts Israel's religious leaders, men who were boxed in by their laws and had lost love as the focus. He exposes their hypocrisy.

The issue is what makes you good/holy.
And the hot topic of the day was Jews eating with Gentile, Christians with Muslims, Hindus with Sikhs…
Being defiled is not about externals, hand-washing, but its about the heart.
It is from a defiled heart that bad things come.
And this defilement cannot be hidden behind doing good deeds.

It's very easy to be fooled into thinking that the outward performance makes you holy.
But none are righteous, no one. We are all equal in that!

The local Pharisees and Pharisees from Jerusalem, teachers of the law and some scribes are the culprits. Theologians? Church leaders?
Eating bread in the gospels normally means eating food in general, a meal. The mention of loaves links back to the feeding of the five thousand.

So the Pharisees and Scribes put this question to Jesus

The Pharisees assume that there is an inherent authority in their tradition, which Jesus challenges. This is the way we always do it! As far as Jesus is concerned, their received wisdom is not based on God. "What our ancestors taught us to do",

Mark says that Isaiah's words 29:13b that are quoted are for "you". The prophets words are for their own generation, but also for us!

With their lips they honour me but not with their hearts -

Jesus tells them they have held on to human traditions and dropped God commands. Let go by neglect (by default) rather than wilfully abandon, although a shift from what God commands to a watered down version of the law is surely worse than neglect.

God's word is authoritative while human traditions are subjective. Such traditions may be useful, but cannot be mandatory. "You have put aside the commandment of God
holding on to the traditions".

The application of Isaiah 29:13a is that the heart is the center of our being.
It is the source of human defilement and undermines any claim to holiness,
Then Jesus turns from the Pharisees to the crowd, from specific arguments to listening to God. - Take notice.
Nothing coming from the outside can defile you. Emphasizing that defilement is not caused by contamination from unwashed hands, v5, or anything, contact with a dead body, or sex, or foods

What defiles us is what comes out of us.
His disciples began to question  him and he realized that even they didn’t understand.

The word for intestines was sometimes used for the inner being, but heart was most often used. The heart is the source of spiritual and intellectual processing; it is the part of our being which relates to God, but is not the seat of emotions as in Western thought. The point made by Jesus is that in the digestive process, food does not come into contact with the source of our being, the psychological center of our existence, and therefore does not pollute it. It doesn't enter our brain, but our stomach. 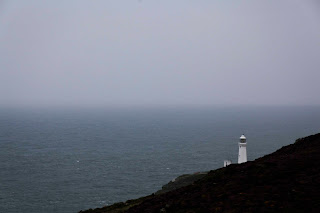 "What comes from your heart is what makes you unclean",
Jesus pronouncement did not absolve us from guilt, but universalized it: we are all are defiled, all are unclean.