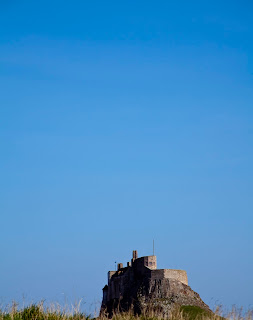 Societies can be judged by their hospitality.
Mostly Ive experience amazing hospitality from people who had little as opposed to people who have a great deal but its not always a simple division.
How we welcome people for me is a sign of the health of a society.
Most of us here today are migrants if we go back long enough in our ancestries.
We therefore should be welcoming of other people!

There are many stories in the Old Testaments about hospitality and welcome.
The story we heard today is of a Syrian! Commander of the Army.

Unlike most biblical prophets, Elisha and his predecessor, Elijah often healed people. Their healings were marked by rituals, in a particular order and place.
Naaman was the military commander of Aram- a great or rich man and a man who had leprosy. There was no known cure for leprosy; it was a slow moving, debilitating, painful and socially isolating disease. Even his wealth, his status, and his connections were not likely to be of any use.
He must have been desperate if he was willing to take advice from to his wife’s Israelite maid. She was the lowest of the low in terms of status; she was part of the spoils of war, a servant, a foreigner, a woman, and young. In fact, the writer doesn’t even record her name. Naaman’s willingness to act on this woman’s advice, points to a powerful man looking to the powerless for help.
The young maidservant says that there is a prophet in Samaria, a man whom she is certain can cure her master of his disease. Consulting this prophet would involve leaving his own country to enter the land of Israel, Aram’s enemy.
Naaman tells his King what the Israelite servant girl has said. The King, not quite catching the part about the Israelite prophet, but hoping he can do something for his military commander, sends a letter to the King of Israel instead.
Naaman’s case is held up by bureaucratic twists and turns. Israel’s king panics when he receives the letter -- how in the world is he supposed to cure leprosy? But curing leprosy was not an option for him. Elisha, upon hearing of the King’s anxiety, tells the King to send Naaman to him.
Naaman arrives at Elisha’s with chariots, horses, and an entourage. The prophet doesn’t even come out of his house to see Naaman. He sends his servant out instead.
The servant tells him, “‘Go, wash in the Jordan seven times, and your flesh shall be restored and you shall be clean. Humiliated and angry, he says,
‘I thought that for me he would surely come out, and stand and call on the name of the Lord his God, and would wave his hand over the spot, and cure the leprosy! Are not Abana and Pharpar, the rivers of Damascus, better than all the waters of Israel? Could I not wash in them, and be clean?’ He turned and went away in a rage.
He feels as if he has been treated as a nonentity as a foreigner. His own servants however urge him to try it, so he enters the water and immerses himself seven times. Rising from the water that last time, he sees that the leprosy is gone!
(The boundary lines of insider/outsider in the passage are so drawn as to invert the normal order things).
Naaman realizes that he in his healing he has encountered the living God and wants reassurance that when he worships back home in Syria he will not be offending the God of Israel and Elisha assures him he will not.
In Matthew 19v14. Jesus has taken a child and made her centre stage. How we treat children will be the way we are judged. Jesus goes on to include migrants, the disabled, mentally ill people, prostitutes women, ordinary people and women !

So today we welcome Zahara into God’s family and here at Elmwood. We need to love her and pray for her and Samara and help them in their journey in life.

In the same way we need to welcome those who need our help and hospitality simply because we are part of the same human family.
Posted by GreenEaster at 20:06