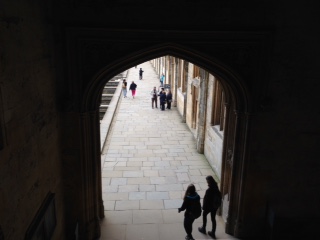 Jesus is preparing the disciples for his death on the cross and after that. He predicts his crucifixion and resurrection and then, there is a discussion about who is the best disciple. So Jesus explains what discipleship is really about.
He says whoever wants to be first must be last and and become like a servant.
The greatest is like a child! Humble, dependent, vulnerable.
Jesus didn't want the people to know where he was because he needed to spend time with his disciples.

He tells them he is going to be given over to wicked men, this servant of God and they will kill him, execute him. And when he is killed, after three days he will rise. The disciples don’t understand it!
He asks them what were you arguing about. They were arguing while on the way.
But they kept quiet.
Mark does not say that Jesus was angry with the disciples for discussing this issue, nor does he say why they were quiet. They may not have wanted Jesus to know what they were discussing.

Mark then records a series of discipleship sayings.
The first saying is about humility and being a servant.
Jesus sat down, the normal posture for a Rabbi, he sits to teach and his disciples stand to hear.

Jesus called out, he shouted. It is probably used to emphasize what Jesus is about to say
"If he wants to be first he must be last”  (cross bearing discipleship).

The second saying Jesus actions by taking the child into the middle of the circle of the disciples, picking her up, and hugging her, illustrating the servant-like attitude that he wishes to inculcate .

The service / servanthood that Jesus is referring to is the receiving / welcoming / accepting of a member of lost and broken humanity who experiences Gods kindness/ mercy. The child represents the lost and the disciples are encouraged to receive the lost as Jesus received the lost, illustrated now in the child. Such is servanthood of the Jesus kind, defining greatness in the kingdom of God, it is like the poor, or even so called insignificant humanity. Syrians?

The child was made to stand where they could all see him.
He took him in his arms, and said whoever welcomes one of these little children, it is equivalent to receiving Jesus himself. Note that in Aramaic the word for "servant" and "child" is the same. Disciples are to be like Jesus who receives/embraces the child, the servant the lost - the hungry, thirsty, lonely, naked, sick and imprisoned. Because they are my representative! This action is something I desire. Whoever does not welcome them does not welcome me!  (Liberation Theologies “Option for the Poor!)

Jesus had a nasty habit. He took people on the edge and brought them centre stage. People who were silenced or silent or unclean or foreign or sick or immoral. The blind begger, the disabled man, the foreign woman, the woman who was haemmoraging all the time, the tax collector, the prostitute-the child!. All those who were outsiders through no fault of their own. And he invited them in and gave them a voice.

Genesis tells us that we are all made in the image of God-all of us. We are all made with the sign/mark of Gods image. We are all equal in Gods sight. It inspires us to seek peace and justice not just for people like us, but for those worse off than ourselves, the poor, the stranger, the outsider, those of a different colour and culture to our own and the people we dislike.

The gospel is uncomfortable even shocking. It forces us to go places we don’t want to go. But we have a heavenly mandate, a vision. We are not tied down by ordinary human prejudices or the behaviour of people around us. We are called to move those on the edge to the centre because we are one people, Gods people.