School of Discipleship-How do really Forgive and Move on? 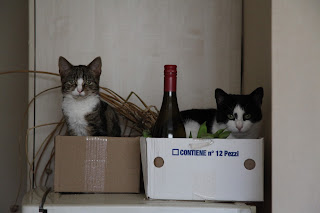 We have all been wronged. Some of us have been wronged badly by people who will never apologise or self reflect on what they have done. So how do we forgives and move on? Can we? Should we expect to?

In the gospels its recorded that Jesus said we are to forgive others “seventy times seven” in response to Peter’s question, “Lord, how many times shall I forgive my brother when he sins against me? Up to seven 7 times?”  (Matthew 18:15-20).

Peter, may have wanted to appear especially forgiving and benevolent. The Jewish rabbis at the time taught that forgiving someone more than three times was unnecessary, citing Amos 1:3-13 where God forgave Israel’s enemies three times, then punished them. By offering forgiveness more than double that of the Old Testament example, Peter expected extra commendation. When Jesus responded that forgiveness should be offered four hundred and ninety times, it must have stunned the disciples who were listening. They were still thinking in the limited terms of the law, rather than in the unlimited terms of God’s forgiveness, grace.

Jesus was not limiting forgiveness to 490 times, a number that is beyond counting.
Is it possible for us to follow this teaching and cultivate forgiving hearts. Can we do it by asking God to help us?
Just as God forgives us can we forgive over and over even unforgiveable people.

Jesus’ parable of the unforgiving servant follows directly after His “seventy times seven” speech, making the point that if we are forgiven the enormous debt of sin against a holy God, how much more should we be eager to forgive those who sin against us? Paul parallels this example in Ephesians 4:32 where he admonishes us to forgive one another “even as God for Christ’s sake has forgiven you.” Clearly, forgiveness is not to be meted out in a limited fashion but is to be ongoing as Gods forgiveness for us.

Does the Bible instruct us to forgive and forget?

There are numerous verses commanding us to “forgive one another” (e.g., Matthew 6:14 and Ephesians 4:32). A Christian who is not willing to forgive others will find her fellowship with God hindered (Matthew 6:15) and can reap bitterness (Hebrews 12:14–15; 2 John 1:8).

Forgiveness is a decision of the will. Since God commands us to forgive, we must make a conscious choice to forgive. We will not want to do this! Its unnatural! The person who has offended us may have no desire for forgiveness or restitution forgiveness, but if not, we can still make a decision to forgive, and move on for our sakes. Draw a line move on leave the person to God. We are after all failures and do bad things and if someone has done something terrible to us there are consequences for them pyschologically even if you dont believe in divine retribution or karma.

It is however impossible to forget sins that have been committed against us. We cannot selectively “delete” events from our memory. God remembers that we have “sinned and fall short of the glory of God” (Romans 3:23). But, having been forgiven, we are positionally (or judicially) justified. God does not condemn us for our sins (Romans 8:1). In that sense God “forgives and forgets.”

If by “forgive and forget” one means, “I choose to forgive the offender for the sake of Christ and move on with my life,” then this is a wise course of action. As much as possible, we should forget what is behind and strive toward what is ahead (Philippians 3:13).

However, if by “forgive and forget” one means, “I will act as if the sin had never occurred and live as if I don’t remember it,” then we can run into trouble. For example, a rape victim can choose to forgive the rapist, but that does not mean she should act as if that sin had never happened. To spend time alone with the rapist, especially if he is unrepentant, is not what the Bible teaches. Forgiveness involves not holding a sin against a person any longer, but forgiveness is different from trust. It is wise to take precautions, and sometimes the dynamics of a relationship will have to change.
Jesus told His followers to “be as shrewd as snakes and as innocent as doves” (Matthew 10:16). In the context of keeping company with unrepentant sinners, we must be “innocent” (willing to forgive) yet at the same time “shrewd” (being cautious).

Changing hearts is God’s business, and, until an offender has a true, heart change, it is only wise to limit the level of trust one places in that person. Being cautious doesn’t mean we haven’t forgiven. It simply means we are not God.

Unforgiveness also robs us of the full life God intends for us. Rather than promote justice, our unforgiveness festers into bitterness. Hebrews 12:14-15.  2 Corinthians 2:5-11 warns that unforgiveness can be an opening for other negativity and destructive actions.

When we choose to forgive, we release a person from his indebtedness to us. We relinquish the right to seek personal revenge. We choose to say we will not hold his wrongdoing against him. However, we do not necessarily allow that person back into our trust or even fully release that person from the consequences of his sin.  While God’s forgiveness relieves us, it does not always release us from the consequences (such as a broken relationship or the criminal justice).

The forgiveness we give  is not conditioned upon being asked for nor upon our seeing changes in the other person.
So, the next time your former sins come to mind, “change the channel” by choosing to dwell upon God’s love instead.