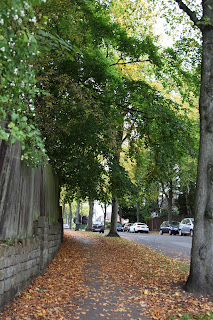 Doulos-slave-obligatory
The climax of the gospel story is approaching. Somewhere on the road to Jerusalem Jesus, for the third time, Jesus predicts what will happen to him, his death and resurrection. After each of the three predictions of Jesus' death, there is a discussion between Jesus and his disciples in which he corrects their misunderstanding of what he's come to achieve view and of their role as disciples and this passage is the final example. Having just predicted in some detail the fate that awaits him in Jerusalem, Jesus is approached by two of the inner circle of disciples, who have their eyes only on their status in heaven!
Servanthood=discipleship=love.

Conventional models of status and self-esteem are reversed here, with Jesus himself as the role model. This is a new way of being and a strong disregard for status.

They were on the road which goes up to Jerusalem In Australia going up refers to going North.
Jesus has set his face toward Jerusalem and his fate and he now strides out in front of them. The others follow and were afraid. They were afraid of what was going to happen which possibly prompts this silly discussion because often when we are nervous we say the wrong things.

The disciples James and John want to serve with him in the coming kingdom, the next world, that’s how real it was to them. So they ask for a special request. They wanted to sit next to Jesus in heaven!
Ambition doesn't sit well with Jesus values!
The request reflects the tradition that the leading disciple of a Rabbi stands/sits at his right hand and the next in line at his left.
Mark does not specifically say that the disciples are looking to share the Jewish Messiah's reign, although the idea is certainly present elsewhere in the gospels, cf., Matt.19:28.
Jesus asks them “Are you able to drink of the cup that I am to drink of the cup?" This was a bitter cup, containing the dregs of the wine. This image was often applied  to God’s punishment, the bitter experience through which we all pass.

The "cup" and "baptism" belongs to Jesus alone,
But the right to sit on my right and left hand is not his to give.
left = "lucky side", right = "unlucky side".
Jesus response is, "I'm not really into organizing the seating arrangements in heaven!"
Jesus gathers the disciples together and gives a brief description of the new way of being which is about serving and sacrifice for others. Apparantly the non-Jews, he Gentiles acted in a tyrannical way.
The revolutionary ethics of Jesus's teaching reverse our normal experience, and leadership is characterized by service. Its an upside down world to our own!

“If anyone among you should wish to rank high then he must be your servant”.