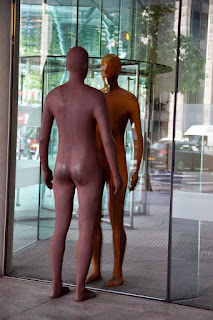 21 Then Peter came to Jesus and asked, “Lord, how many times shall I forgive my brother or sister who sins against me? Up to seven times?” 22 Jesus answered, “I tell you, not seven times, but seventy-seven times. 23 “Therefore, the kingdom of heaven is like a king who wanted to settle accounts with his servants. 24 As he began the settlement, a man who owed him ten thousand bags of gold was brought to him. 25 Since he was not able to pay, the master ordered that he and his wife and his children and all that he had be sold to repay the debt.26 “At this the servant fell on his knees before him. ‘Be patient with me,’ he begged, ‘and I will pay back everything.’ 27 The servant’s master took pity on him, cancelled the debt and let him go.28 “But when that servant went out, he found one of his fellow servants who owed him a hundred silver coins. He grabbed him and began to choke him. ‘Pay back what you owe me!’ he demanded.29 “His fellow servant fell to his knees and begged him, ‘Be patient with me, and I will pay it back.’ 30 “But he refused. Instead, he went off and had the man thrown into prison until he could pay the debt. 31 When the other servants saw what had happened, they were outraged and went and told their master everything that had happened.32 “Then the master called the servant in. ‘You wicked servant,’ he said, ‘I cancelled all that debt of yours because you begged me to. 33 Shouldn’t you have had mercy on your fellow servant just as I had on you?’ 34 In anger his master handed him over to the jailers to be tortured, until he should pay back all he owed. 35 “This is how my heavenly Father will treat each of you unless you forgive your brother or sister from your heart.”

Song “He will hold me fast”

As Christians in theory we can’t refuse to forgive someone if they are sorry because they have failed! The Forgiveness Project shows in a remarkable way how forgiveness changes lives. http://theforgivenessproject.com/

To forgive means to let go, to release. Peter asks if you must forgive someone up to seven times. This is because in Rabbinic law the upper limit was 3 times, so Peter goes better than the Scribes and the Pharisees. Seven can also mean a great number.

But Jesus is teaching that there is no upper limit, not even seventy-seven times or 490! If we don't or can't forgive then we are seriously out of sorts with God.

A king settles his accounts with his servants. In the story, the unforgiving servant, the servant begs the king to treat the debt as a loan to be repaid. The king took pity on him and cancelled the debt. He forgave him.

The size of the debt owed by the servant is massive. In today's terms it is millions of pounds. Under Old Testament law the servant as a debtor could be sold into slavery, but must be released in the year of Jubilee, every 50th year. The master chooses to wipe the debt out.

But the servant does not carry on the good practice! He seizes a man, who owes him money, by the throat so that he began to choke, and demanded he pay back what he owed. The man asks for patience and was refused. He was in deep distress.

The way the king treated the servant is an illustration of the way God will treat us and the way we must treat others.

"In desolate Tokyo, all things that had cluttered our lives vanished. Baptized by the all-cleansing fire-bomb, our lives were radically simplified and denuded. Silence came over us. We whispered. We sat on the ground. Our hands were empty. Our eyes gazed towards heaven. Even the summer sun failed to warm us. We were brought down to our knees by the victors. "To put one's mouth to the dust, there may yet be hope" (Lam. 3:29). Unexpectedly, the unconditional surrender was a moment of national purification. It was a special gift of God. I was there to experience the blessed denudedness. At that moment no one said that "the Japanese people are the best people in the whole world".

For the first three days after her unconditional surrender, Japanese people felt repentant for what Japan had done to its neighbours and to heaven. In a state of shock, the nation repented. In repentance, time stopped flowing.

It was during the war, when I was 12 years old, that I confessed the Christian faith and was baptized in a small church in Tokyo. This was seen by my people as an act of betrayal to my country, since Christianity was the religion of Japan's primary enemy, the United States. The old Japanese minister who baptized me told me then that the God of Christianity is concerned about the welfare of American people, Japanese people and all peoples. I realized then, even though only vaguely, that what Christian baptism signifies can transcend even the divisions of humanity brought about by war. Being baptized I affirmed, in the midst of the context of international war and violence, the universality of the gospel message - the message of forgiveness…Hiroshima has done a rough job of levelling all to the same plane. None higher. None lower…Standing on the same plane, we now say together, "And forgive us our debts, as we also have forgiven our debtors" (Matt. 6:12).

When a person, or a community, or even a nation says, "Father, I have sinned against heaven and before you" (Luke 15:18), a new possibility appears on the horizon of human history…Genuine forgiveness cannot be established on a lie. Only truth can be the foundation of forgiveness. Truth holds the forgiver and the forgiven responsible to each other.” Amen

Song “Be thou my vision”

Song “All my hope”