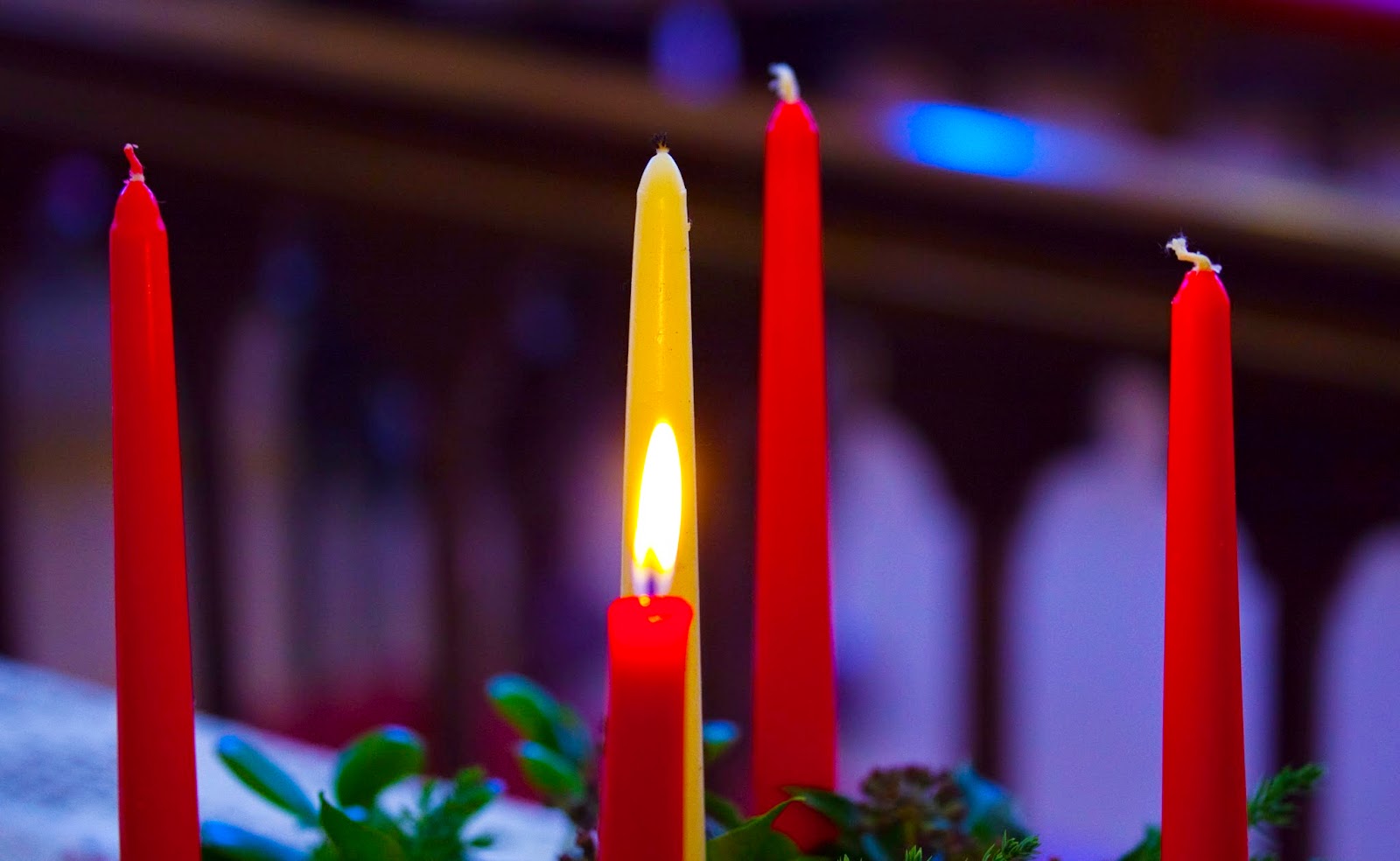 I met a student last week who was from Malawi. She told me of a woman in Malawi who had nursed all her family who had Aids. They all died. She then opened up her home to care for others with Aids, eventually opening a hospice for which she has received international recognition. The hospice is named after an African tree that they use for dyes, the Jacaranda Tree. Such tragedy and such good came from it because of this woman's resolve. You can learn more about Marie da Silva and the Jacaranda Foundation here;

The Christmas festival is symbolized by light, a light shining in darkness and the coming of hope. The story of the coming of Christ is a vehicle, a carrier of hope for us all to feed our spirits and our imaginations. We like the church throughout the world, are waiting for the coming Christ. Prepare the Way!

Malachi speaks of a messenger who will prepare for the coming of the Christ, a prophet who will deliver the people, make the way straight.

And so like the rest of the church throughout the world we are waiting, because that is what Advent means-waiting. It is a time of preparation, of waiting for Christ's coming. The preparation is a spiritual one, we turn to God to put ourselves in order, much as a confession before receiving mass, in order to be ready for the coming of Christ in our own lives. Part of that preparation means recognizing that all is not well in our own lives and in the lives of those around us.

The angel Gabriel comes to Zechariah with a message of hope. His son John the Baptist caused the powerful to quake with fear, because their power was held by force, but God’s message is that God is here, peace in our lives, in our world, is possible. Turn back to God! Prepare the Way!

God sent his messenger Gabriel not to a palace but to a young girl from the north. She was to fulfill the prophecies of the prophets and to change history forever. God came to live on earth and to turn the world upside down. The gospel has always been about raising up those without power and they are still with us. The church is called to be a voice for the voiceless. Prepare the Way!

How many of us have given up hope? Stopped praying for miracles, for healing both physical and emotional, for healing of broken painful relationships, for change. How many of us face seemingly difficult and hopeless situations at this Advent time? Situations that perhaps only you know of, and yet the message of God to us is one of hope whatever our situation.