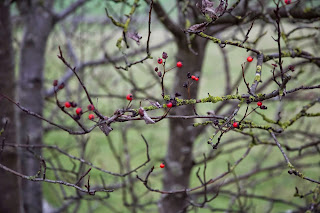 I sat next to a girl on the bus this week, who was in traditional muslim dress. She was having an agonising conversation with someone about a dispute she had with a teacher. She had been told she would have to work on her own and the teacher had torn up her homework and told the head of department that it was what she didnt say that was the problem! She was very upset.

I was amazed to find she was in the second year of A levels at a sixth form college and had been disciplined originally for talking. It all seemed extreme for a 6th form student who was studying English, Sociology and Psychology.  Her brother advised her to keep her head down. She had a piece of work outstanding and I advised her to do it!  Her father had encouraged her to go to a college with more Asian students but it took her an hour and a quarter to get to college and she was late for lectures.  The family also did not attend the local mosque because of white right wing extremists (EDL). We talked and she wanted to study psychology at university but she wanted to take a year out to do voluntary work and sort her head out before she studied psychology. She was thinking a lot about life, her faith, her culture. The pressure was on for her to succeed and get a job as soon as she could. She had enormous potential in her life and talents and I hoped the incident wouldn't stop her achieving her aim to go to university.

The story in Matthew this week is about how we use our talents. In New Testament times a talent was a unit of exchange which varied in its value. The word can be used of money or silver or a weight of between 26 and 36 kilos of copper, silver or gold. I have a foot note in my bible which says it was fifteen years wages. Thats a lot of money-like wining the lottery.  Now we often think of a talent as skills or particular gifts we have but it had real value then.

In Matthew's gospel the kingdom of heaven/God is a major theme. In the parable of the talents we are reminded that in the days before Christ's return we are to use our resources wisely and well. Like the master, we are entrusted with God's resources (which is why we have to be involved in the effects of Climate Change). We are expected to act as good stewards of it (not like the bankers who precipitated the 2008 financial crisis!).  Like the two good servants, God's people will be commended and rewarded when they have discharged that commission. Like the wicked servant, those who fail to use the gifts God has given them will be punished (uncomfortable!).

Matthew's take on the parable reminds us that God does the giving and s/he has in abundance. The key is simply having faith, especially in difficult times.

The settling of accounts follows a long interim of time. On the master's return he called them in and asked them what they had done with his money.
Then the servant who had five talents came forward, bringing five more.
The servant is affirmed for his faithfulness.
Although the second servant had two talents the reward is the same.
The man who has received a talent of which he has made no use, gives him back the exact amount entrusted to him.The last servant was afraid and because the master had gone away, he hid the talent. Jesus calls him lazy – slothful.

In the parable of the talents we are reminded that in the days before Christ's return/before our death we are to use our resources wisely and well:  like the master, God entrusts people with his/her resources, expecting them to act as good stewards of it.

Like the two good servants, God's people will be commended and rewarded when they have discharged that commission; like the lazy servant, those who fail to use the gifts God has given them will be punished. Good stewardship of little things brings greater privilege and responsibility. Poor stewardship leads to losing even what we have- scary stuff!

In the parable of the talents the man who multiplied what had been given to him is praised while the one who hides it away is condemned. Like yeast, Gods gifts just go moldy if not mixed with flour and multiplied. Like salt it is useless unless used as a flavouring for a meal. The harvest of the good seed, the gospel/the good news is our responsibility. You cannot keep it to yourself or it will go bad within you and be useless. It needs to be shared. Do you know people like this-who just store things up? Its like the parable of the rich farmer who stores grain.

But our story is also about economics. At the time the people of the land in Palestine were largely peasant subsistence farmers, and it was to these people, the hamarez that Jesus largely ministered. They were uncultured and too poor to be able to pay for the rituals of atonement required by the law. They were therefore seen as sinners. They also were clobbered by heavy taxes by both the Jewish and Roman authorities. Taxes they often couldn’t pay. So they were constantly in debt. Jesus stories cut across a culture of debt and give freedom and forgiveness and the ability to start again free from the burdens of financial debt. And so our story today is about releasing people from the economic slavery of debt and enabling them to start again. I am reminded of the work of credit unions and social economies.

We live in a society that sees us as economic units who either can benefit society financially or be a drain. Some people cannot help but become a drain on resources. But Jesus gives healing and dignity to such people and brings them centre stage and restores their place in society.

There are so many people around us who need that kind of restoration. We in the church have the ability both to give dignity and to restore peoples pride of place in their community. When we do this we are being good stewards of  all that God has given us. We are doing the will of Jesus.