Pentecost 5, Mark 5:21-43, The healing of the woman with a hemorrhage and Jairus' daughter 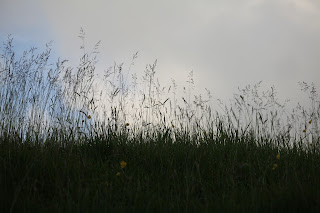 Mark is continuing his description of Jesus confronting the powers this time over death. The story appears in all three synoptic gospels and indicates that an eyewitness is behind the account.

The story begins with Jairus, an official in the local synagogue, confronting Jesus and pleading with him to come and heal his daughter. He was by the lake when the leader of the synagogue approached him. He fell at Jesus feet to beg him to heal his daughter. His daughter was almost dead and he was desperate. He wants Jesus to lay hands on her and heal her.

hemorrhage is healed suddenly and dramatically. She has had this ondition for 12 years and spent all her money on doctors. The word “healed" is used fourteen times by Mark and here means deliverance form the enemies of life that threaten authentic existence! So it is a deep healing!

Jesus knows that power has gone out of him so he turned around to the crowd and asked.who touched his clothes?

The woman is frightened and trembling so she fell at his feet and told him the whole truth almost in a judicial sense.
Jesus has compassion on her and calls her daughter, a term of endearment meaning she is part of the family.
He tells her that her faith has healed her, saved her and tells her to go in peace, go in wellbeing, be freed from your suffering.

While Jesus was speaking servants arrive from Jairus house and tell him not to bother coming for his daughter because she has already died.

Jesus tells the father to ignore them. Do not be afraid but believe. He took just the three disciples with him to provide witnesses and went into the house and talked to the crowd there. There is a terrible commotion,  people are crying and wailing. He asks them “Why are you crying and carrying on like this?" Then he went into the room and said that the child was not dead but just sleeping.  She is actually 12 years old, 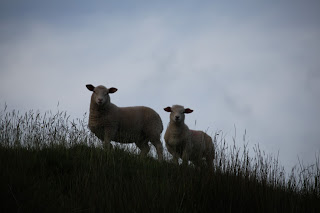 The mob says she is dead; Jesus says she is alive.
"So hey laughed at him and he threw them all out!
Then he took by the hand and using Aramaic he took her by the hand hand and told her to get up.
She immediately got up and began walking around.
They were completely astonished] and he told them to tell no one what had happened and gave orders for her to be fed by her parents to normalize the situation.
Posted by GreenEaster at 23:33

Email ThisBlogThis!Share to TwitterShare to FacebookShare to Pinterest
Labels: Mark 5:21-43, Pentecost 5, The healing of the woman with a hemorrhage and Jairus' daughter
Newer Post Older Post Home