Acts 2:1-13
Pentecost (Shavuot) was an agricultural festival during which the first fruits of the harvest were brought to the Temple. Pentecost comes from the fact that there are seven full weeks, 49 days, from the second day of Passover to the day before Shavuot. The 50th day is Pentecost (fiftieth). The festival is associated with the giving of the Law, Torah at Mount Sinai.
So since it was the day of Pentecost, they were all together, suddenly 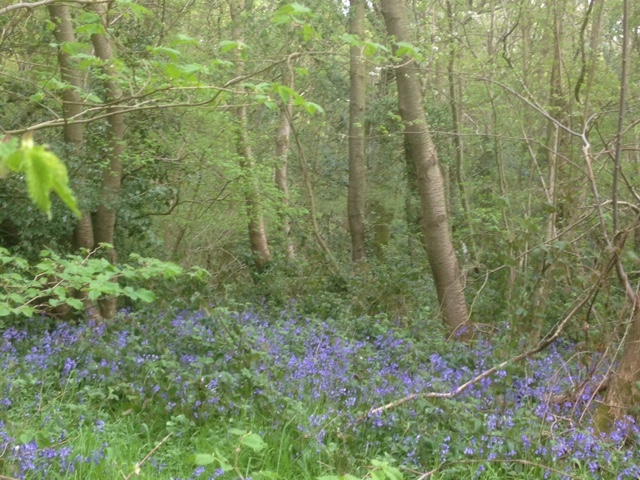 unexpectedly there was a sound of a roaring sea, a wind-like, vibrating. !t filled the room, possibly somewhere in the temple precinct where they were sitting. They saw fire shaped like tongues separated on each of the disciples. The Spirit came on each one of them, all of them were filled, realizing 1:5 "will be baptized." They began to speak out aloud, forcefully in other tongues- ecstatic prophecy.
There were staying in the area God-fearing Jews possibly Jewish pilgrims from the Roman provinces visiting Jerusalem for the festival. When they heard the disciples they were shocked at hearing their own language (like prayers at the Selly Oak colleges in 50+languages). “Galileans”, they said- What identified them as Galileans? Their accent, which meant it carried over into the tongues. Then there is a list of countries and races present representing the Jewish disporia. There were visitors from Rome both Jews and converts to Judaism temporarily resident in Jerusalem. “We hear them declaring the wonders of God” they said. They were puzzled, shocked and they asked one another “What does this mean?” Some people made fun of them, ridiculing, sneering (so today). “They have had too much wine!”
So for Jews Pentecost meant the birth of Judaism, for Christians it means the birth of the Church.
So who are were filled with the Holy Spirit. Luke says in chapter 1
"all these were constantly devoting themselves to prayer, together with certain women, including Mary the mother of Jesus, as well as his brothers."
Luke goes on to describe a crowd of one hundred and twenty people who he calls "brothers" and addresses as "male brothers" (the NRSV says "believers" and "friends"). At first impression it would seem as if the crowd was constituted only by males, but this is not so as mentioned women as part of the group. That Luke meant both men and women being baptized by the Holy Spirit is made clear not only by 2:1, where it says that the day of Pentecost "they were all together in one place," but also by quoting the prophecy of Joel who talks about an indiscriminate pouring of the Spirit upon "all flesh…sons and daughters…young men…old men…slaves, both men and women…" (2:17-18). Therefore, those who received the Holy Spirit were every one of the one hundred and twenty gathered together in the upper room.
What exactly happened? Wind and fire, two of the natural elements of the ancient world’s cosmology, are mentioned. Fire is often associated in the Old Testament with the divine presence (Ex 19:18; Is 66:15-16). Wind is described as one of the instruments through which God acts (Gen 2:7; Ex 14:21). The sound of the wind was only heard by those gathered in the house. What the crowd heard was not the sound of the wind but the sound of the voices speaking in tongues. The tongues here are not the ecstatic speech of the Corinthian church, a kind of spiritual language. Here it refers to actual languages. This was so important to Luke that he mentions it three times in seven verses.  For him this is the beginning of the fulfillment of the promise that they would be Jesus’ witnesses to the entire world (cf. 1:8). Here they are, in Jerusalem, but the church will rapidly move into Judea, Samaria, and eventually, the whole of the known world: the ends of the earth.
Why Peter’s speech and the quotation from the book of Joel? Strictly speaking the speech is a response to the accusation that they were drunk. Peter says that they were not filled with wine, but with the Spirit, as the prophet Joel had promised. For Luke the outpouring of the Spirit demonstrated the re-establishment of the prophetic role, which was believed to have been discontinued after the last great prophet, Malachi, had spoken. The New Testament is consistent in affirming at the beginning with Jesus’ ministry the heavens had opened again and the Spirit of God was empowering people once more (cf. Mk 1:9-11; 9:2-8; Acts 2:1-4; 7:56).
The quote from Joel reinforces Luke’s understanding of the early church as a community where, at least ideally, distinctions of gender, ethnicity, and social status were erased. From the point of view of God's plan of salvation, all are equal before God.
So Pentecost is the bedrock of Christian mission. Paul understood the implications of Pentecost and was prepared to stake his reputation on what Pentecost stood for. The effect of the gospel, Paul affirms, was to de-stigmatize people: Jews, gentiles, barbarians, women all now stand on an equal footing under God. Paul had not suspected that God was like that. His theological studies had told him that God was loving and merciful; but he had thought this love and mercy were expressed once and for all in the arrangements He had made for Israel's blessedness-'the plan of salvation.'
Christian missionaries have assumed that since all cultures and languages are lawful in God's eyes, the rendering of God's word into those languages and cultures is necessary. More than 1,800 languages have been employed in translating the Scriptures. There is hardly any language that does not have some portion of Christian materials available in translation.
Without the Spirit we are like board members of British Gas. It is the Spirit that marks us out, inspires us and gives us that 5th dimension. It is the Spirit that gives life to the churches and without it we are like hollow shells (white anted). So pray for the Spirit as individuals and as churches. We need it!
"If you believe and I believe and we together pray
the Holy Spirit must come down and set Gods people free..." African hymn
Posted by GreenEaster at 12:55