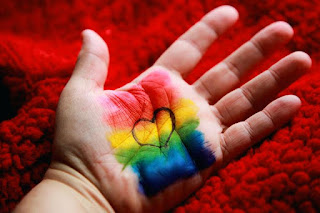 If you were too busy God

You would not bother with us

But you have bent down to touch us

If you were disinterested

We would not come to you in prayer

But you have time to listen

We say the Lord’s Prayer in our own language

16 While Paul was waiting for them in Athens, he was greatly distressed to see that the city was full of idols. 17 So he reasoned in the synagogue with both Jews and God-fearing Greeks, as well as in the marketplace day by day with those who happened to be there. 18 A group of Epicurean and Stoic philosophers began to debate with him. Some of them asked, “What is this babbler trying to say?” Others remarked, “He seems to be advocating foreign gods.” They said this because Paul was preaching the good news about Jesus and the resurrection. 19 Then they took him and brought him to a meeting of the Areopagus, where they said to him, “May we know what this new teaching is that you are presenting?20 You are bringing some strange ideas to our ears, and we would like to know what they mean.” 21 (All the Athenians and the foreigners who lived there spent their time doing nothing but talking about and listening to the latest ideas.)

We pray tonight for all those we know who need our help and prayers who we carry in our hearts tonight.

Spirit of the Living God present with us now enter their bodies, minds and spirits and heal them of all that harms them. Let your angels be beside them at this time and protect them. In Jesus Name we pray.

Song “Establish the work of your hands”

In the depth of silence

No words are needed

We are just called to listen

To the movement of the Spirit

And in the midst of confusion

To hear your voice.